The Importance of Airflow When You Vape 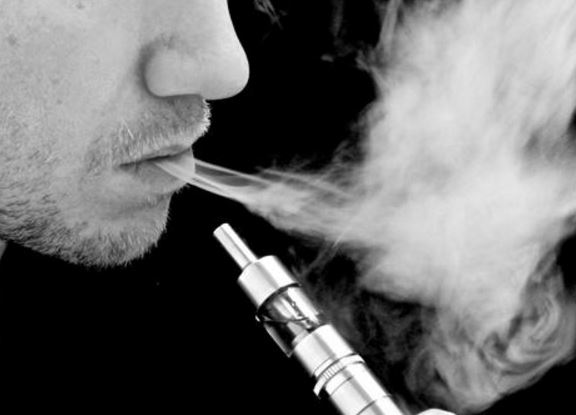 The great thing about vaping is that it’s a completely customizable experience. Cigarettes, for example, have a limited airflow. Similarly, to electronic cigarettes, what you get is what you get. The beauty of different vaping setups is the customizability. By having a choice in your airflow, you can fully appreciate the cloud chasing and flavor payout of the setup. In this article, we’re going to strictly focus on the importance of airflow.


The amount of airflow you use when vaping can greatly change your overall experience. The airflow's job is simple, to allow air to freely flow from the coils to your mouth. Most devices have an adjustment ring on the tank that allows you to change the airflow manually – high and low.

The higher the airflow the cooler the vape. When you turn the airflow up to its maximum ability, you’ll generally experience a smoother and cooler cloud with less overall flavor. This happens because when you fire your device, the juice immediately vaporizes on the coil. When air makes contact with the vapor, it cools down the cloud temperature before you inhale. With a higher airflow, the clouds will be cooler to feel, but by cooling it down, you lose a bit of flavor. Instead of forcing the flavor out with the vapor, it can stay on the coils. Higher airflow can decrease the amount of juice needed, because it remains on the coils.

When using lower airflow, you’ll gain more flavor from your vape. When less air encounters the coils, it forces the vapor out quicker as well as becomes warmer. When it’s forced out quicker, the flavor comes out fuller and thicker than when using a larger airflow. This is due to the “Joule-Thomson effect”. The Joule-Thomson effect explains that when air passes through a reduced orifice size, it causes a drop in the temperature. The speed of air flow affects the cooling efficiency, which also affects the overall flavor of the vapor. With an increased airflow, you will experience less flavor, less of a harsh throat hit and more vapor (with a cooler and looser draw). With a decreased airflow, you will experience more flavor, more of a harsh throat hit, and less vapor (with a hotter and tighter draw).

Overall, if your goal in vaping is a strong flavor, then I’d recommend a tighter airflow. In contrast, if your goal is cloud chasing, then I’d recommend a looser airflow. The great part of these setups is that they’re completely customizable. You can change your airflow day to day, depending on what you are looking for. Some prefer an airflow in the middle of the spectrum, to experience the positives of both airflows. You can experiment to find which way you prefer your vaping experience to be like, and change accordingly. These setups allow complete flexibility, and provide a different experience for each user. When purchasing your next tank from The Vape Mall, make sure to look in detail at the airflow ring, to see how much you can customize your setup.