Math and Chemistry’s Roles in the World of Vaping 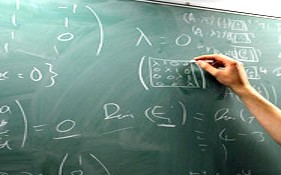 When you’re vaping it can be pretty easy to assume that all the parts just magically fit together and work perfectly. That could not be farther from the truth, as countless hours of calculating and designed have been put into each and every product you use. From the actual device exteriors to the coil voltage capacity, each part of an e-cigarette or MOD has been carefully constructed to maximize vaping potential. The engineers and scientists who work on these devices utilize parts of many different sciences, but they all boil down to the two purest forms of science: math and chemistry.

Chemistry plays possibly the most integral role to the world of vaping. Every flavor that you’ve seen or purchased in an  vape juice has been synthesized by a chemist. Flavors and tastes are simply compounds of atoms bonded together and sensed by the tongue and nose. While many food products use extracts from actual versions of plants to obtain taste (think vanilla extract and cinnamon, taken directly from vanilla plants and cinnamon bark respectively), every single flavor in vape juices is synthesized through a series of chemical reactions.

The first artificial flavor was synthesized in the late 1870s, when a group of scientists isolated vanillin from vanilla plants. The next artificial flavor did not come until nearly twenty years later, and from then on diverged into thousands of flavors. Though it may seem easy now with all of the flavors you can imagine available with a quick online search, isolating and synthesizing all of these flavors would not be possible without the hundred-plus years of work in the field.

Flavor creation isn’t the only spot where chemistry comes into play. The reaction that turns liquid into vapor is a chemical process. In chemistry, the vaporization of liquid to gas is a called a ‘phase transition’. Chemists calculate what temperature is optimal for this transitory phase using a set of equations involving atmospheric pressure, temperature, and boiling point of the liquid. Each liquid differs slightly in chemical composition, and therefore vaporization points are different for each liquid.

As previously shown, math does indeed have a significant role in the vaping world. Vapor would not be produced without proper mathematical equations to predict the transition phase from liquid to gas. But there’s an even more important role of mathematics in vaping. Resistance, voltage, and power are probably the most important parts of vaping. Without correct resistance readings, coils would instantly burn out. Voltages that’re too high would cause e-cigarettes, vape pens, portable vaporizers and even MODs to instantly burn out, resulting in a ridiculous turnover in devices. Safety would be thrown out the window, and hazards would be rampant. Power levels would fluctuate beyond normal levels, meaning no puff would be the same. Vapor quality would range drastically from stellar to extremely poor, and the true flavors inherent to the juices would never be represented.

Though the vaping world centers on looks and performance more than anything else, it’s still rooted in science. Math and chemistry lie at the foundation of everything in the vaping world. It’s critical to have some knowledge of both fields to fully understand your device. Your vape will thank you when you know exactly what voltage to set it to and the right resistance to make your coil. Knowing some of both fields will make your vaping experiences even better than ever before.