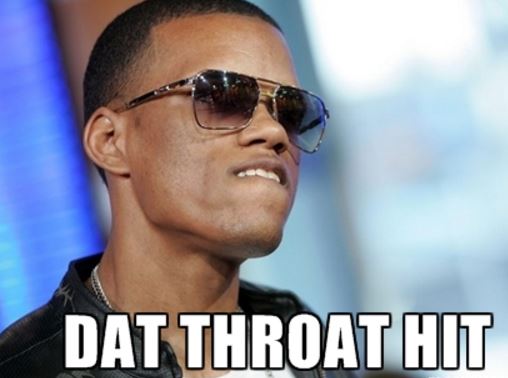 “Throat hit”. It’s a term you’ll hear tossed around a lot, but it can be fairly confusing unless you’ve experienced the differences between a bad and a good throat hit. Even more difficult is that each vaper has preferences on what they consider a good throat hit, making it hard to reach a general consensus on the right e-liquids to use for your vaping pleasure. Fortunately, there are ways to go about finding the right type of throat hit. But before that, you’ve to truly know what the term “throat hit” actually means.

A throat hit in vaping is the feeling in the back of your throat and in your lungs when inhaling vapor. Some e-liquids give a strong sensation that can leave your feeling in pleasure (or discomfort, depending on what type of vaper you are), and some can pass by your throat with barely a whisper of sensation. Throat hit is absolutely critical to having a good vaping experience, because the wrong type of hit can absolutely ruin the rest of a session. If you’ve ever smoked cigarettes regularly before, then you’ll know exactly what the difference between a strong and light throat hit are. Too little throat hit and you’ll walk away feeling unsatisfied, as if you haven’t smoked enough when clearly you have. Too strong of a hit and you’ll be left feeling like you’re choking, and you’ll have to stop vaping far before you intended to.

To find the right throat hit, you’ll definitely have to experiment quite a bit. To start off, you should take a look at how you pull on the device. Weak pulls will give an extremely unsatisfying throat hit, as you haven’t produced enough vapor to pass into your lungs. A proper pull lasts about five seconds, and will generate tons of vapor.

Throat hit also depends on the device you use. As we previously mentioned, pulling power has a big effect on throat hit. But the same pulling power will not give the same amount of vapor from an e-cigarette to a traditional portable vaporizer to a MOD. E-cigarettes are meant to replicate the experience that traditional cigarettes give, and limit the airflow to do that. MODs have huge airless that allow more vapor to come through quickly, and give huge hits. Both vape pens and portable vaporizers lie somewhere in the middle.

Each step of finding the right throat hit will take a good amount of time. Be patient, and you’ll see the rewards during your sessions. Pulling and feeling that blissful hit in the back of your throat is an experience that you will never forget, and some even describe it as heavenly. Make those moments count by learning your hit preferences exactly.