Having A Vaping Game Plan 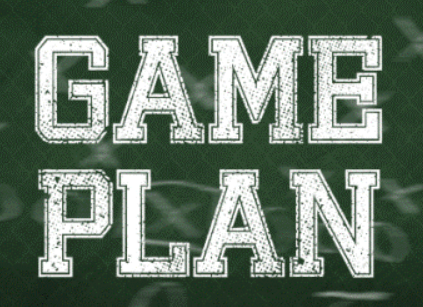 Even though vaping is huge these days, it's important for beginners to have a good plan instead of just jumping in and hoping for the best. Not only will this help improve your vaping experience, but it will also give you an idea of what to expect. While different people will have different plans, there are things that each plan should cover.


The biggest reason why a new vaper needs to have a plan is because they have might have no idea what they're doing when they first start vaping. For example, they might not realize that it's possible to get sick from too much nicotine or that certain e-juice mixes are better for certain things than others. They might also not realize that some e-juices can damage certain tanks. These things can end up ruining a vaping experience and could even cause harm to the vaper.

When putting your plan into place, the first thing you want to take into consideration is e-juice. In terms of flavor, you don't want your first flavor to be something too overpowering and strong. A good first flavor would be something like vanilla or raspberry. The more experience you have, the easier it will be to handle more complicated juices that have several flavors.

The final thing that needs looked at is the PG/VG ratio. When deciding this ratio, it really depends on what kind of experience you're going for. If you want to be able to make big clouds, then you'll want an e-liquid that has a higher VG content. On the other hand, if you are all about flavor, then you want an e-liquid that has a higher PG content.

The next thing you need to think about when making your plan is what kind of device you want. Since there are so many different devices to choose from, you want to make sure you get one that isn't going to be overwhelming or too complicated to use. You'll also want to make sure that it doesn't take too much to keep it maintained since you'll just be starting out. The different types are below.

Pen Style
These are a little bit bigger than cigarette like devices but have a bigger battery that makes the battery life longer. These are the cheapest type of device and are the easiest to use.

Temp Controlled
These devices make it possible for the vaper to control the temperature. The device itself detects the settings and makes sure that the device doesn't overheat. These are the safest devices on the market right now.

Mechanical Devices
This is the final device and they are very durable because they don't have all kinds of pieces or mechanics. This also means they don't have any safety or protective aspects. These devices can be very dangerous to an inexperienced vaper.

The final part that you need to figure out for your plan are your goals. For example, do you just want to have nicotine and enjoy vape juice flavors, or do you want to go cloud chasing? Maybe you just want to enjoy flavors without dealing with nicotine. As you become more experienced and try out new devices, you must decide which experiences you want to have the most and find the device that will give you that. Keep in mind, some devices can let you have multiple different experiences.

Another thing to think about is if, when you have more experience, you want to be able to make and customize your own devices. If modding is something that you are really interested in, then the best thing to do is do a lot of research because it's easy to do something incorrectly. This can lead to your device being ruined and you could even end up getting seriously injured.

As you can see, there are quite a few things that need to be considered when formulating a game plan. As a beginner, you want to make sure you are as prepared as possible so there isn't anything that's too much of a surprise. The best thing you can do is just do a lot of research and make sure you look at everything thoroughly before making a final decision.