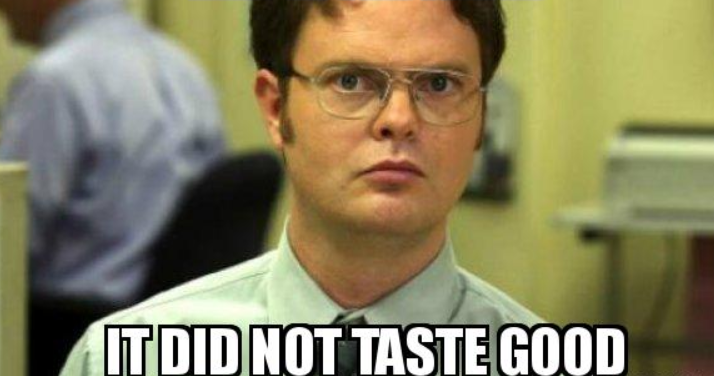 Have you ever developed a sudden inability to taste the flavor of your e-liquid while you vape? If so, you've experienced vaper's tongue. This frustrating phenomenon can occur seemingly out of nowhere. However, it's more common than you think.

Vaper's tongue occurs as a result of sensory overload. If you've ever been at a loud concert, you may have noticed that after a certain point, your ears struggle to detect the nuances of the music that's being played. This is known as ear fatigue. It happens when the ears are overwhelmed by constant stimulation.

Similarly, vaper's tongue happens when our taste buds and nose become overwhelmed by too much flavor. Essentially, they get tired out and stop trying to pick up on the complexity of a flavor that they're being exposed to.

This experience isn't limited to vaping. Anyone who spends a lot of time cooking knows that after hours spent in the kitchen, it's not unusual to lose our ability to taste our food.

The good news is that vaper's tongue is a temporary experience. Even better, there are several ways to prevent it as well as a good number of techniques that will restore your senses back to their natural state.

Generally speaking, salt nic e-liquids are more potent than e-juices that are designed for sub-ohm MODs. Because of the unique formula that accommodates salt-based nicotine, the flavor tends to be more pronounced.

Another factor is that nic salt juices are used for the mouth-to-ling (MTL) vape style. This means that once the juice is inhaled, it sits on the palate for a few seconds before being drawn into the lungs. Therefore, vaping a salt nic juice exposes your senses to more flavor molecules.
How to Prevent Vaper's Tongue

Here are several ways to prevent this from happening to you:

One way to prevent vaper's tongue is to select certain types of flavors. Typically, the more complex and richer the flavor, the more likely it is that your senses will become fatigued. It's widely believed that mint, fruit and tobacco flavors are the way to go.

Chain-vaping constantly exposes your senses to e-liquid without giving them a break. Without letting your senses rest, they'll become overwhelmed, resulting in vaper's tongue.
How to Get Rid of Vaper's Tongue

There are some popular tricks that have been found to eliminate vaper's tongue:

Brushing your teeth after each vaping session has been found to refresh the palate.

Method #3: Sucking on Something Sour

Some vapers have found that sucking on a lemon or even a sour candy is also effective.
Vaper’s Tongue When It Comes to Nic Salt E-Liquids Can Be Defeated

Vaper's tongue can definitely be an annoyance for anyone who looks forward to enjoying the flavor of their salt-based e-liquid. Fortunately, there are some simple ways to combat this phenomenon in no time.