Are Sub-Ohm Salts Becoming the Next Big Vaping Thing? 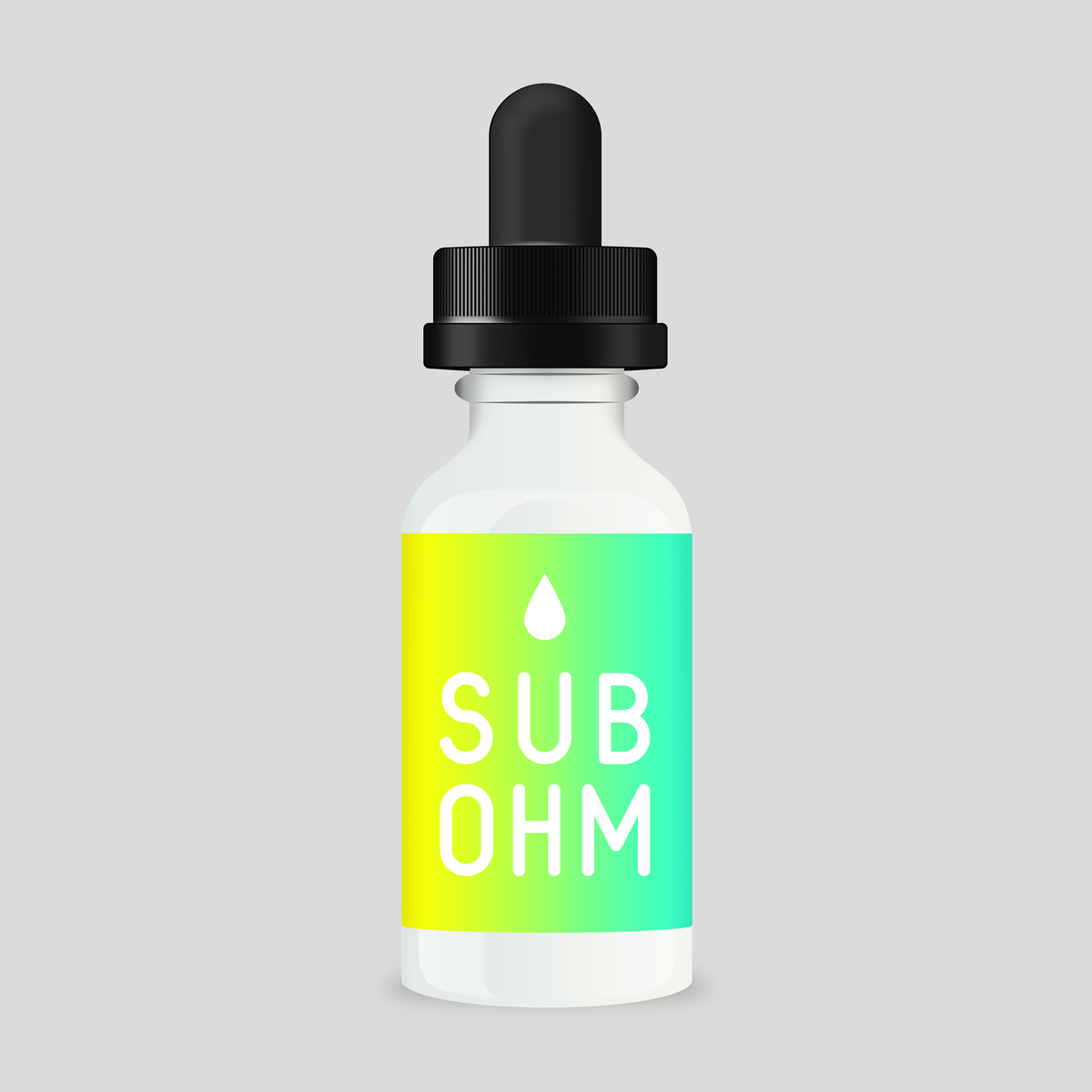 Most vapers have at least tried salt-based nicotine, as this type of nicotine has become outrageously popular over the last couple of years. Salt-based nicotine, also known as salt nic or nicotine salts, has revolutionized the way in which vapers get satisfaction out of their vaping setup thanks to its high potency level and relatively low level of harshness.

However, the combination of salt nic e-liquid and a pod system are not for everyone. Some vapers are far too dedicated to cloud-chasing with their box mod setups to make the switch over to a small, low-wattage pod-based system. For those vapers, though, there is a new innovation that may be a serious game-changer- sub-ohm salts.

What are the Differences Between Salt Nic and Freebase Nic?

Before we explain what exactly sub-ohm salts are, we have to quickly get into the main differences between freebase nicotine and salt-based nicotine.

Freebase nicotine was the only type of nicotine found in e-liquids up until a few years ago, and it’s a type of nicotine that has been artificially modified in order to be a more potent version of the plant compound found in tobacco. In fact, cigarette companies developed freebase nicotine in order to make cigarettes deliver more of a “kick”. Freebase nicotine is fine and all, but vapers who crave high concentrations of it struggle to feel satisfied due to the fact that it must be vaped in pretty low concentrations when using high-wattage devices like the box mods that most of us are very familiar with. Otherwise, it feels harsh as it travels along the throat.

Now, luckily, we have salt-based nicotine. Salt-based nicotine is essentially a combination of the nicotine compounds in tobacco and benzoic acid. This unique blend allows users to enjoy very high strengths of nicotine without any of the harshness. Plus, the nicotine is able to hit very potently even at low wattages, which is why salt nic e-liquids, up until now, have only be compatible with small, low-power pod mod systems.

Sub-Ohm Salts: What They Truly Have to Offer

So, now that you know the difference between salt nic and freebase nic, it is time to cover sub-ohm salts. Sub-ohm salts refer to e-liquids that are made with salt-based nicotine rather than freebase nicotine but are intended for sub-ohm vaping setups. The key is that the nicotine strengths found in sub-ohm salt vape juices are lower than the ones found in e-juices intended for pod mods. This ensures that the vaper can enjoy high wattage levels without burning that salt-based nicotine. However, they get to enjoy some of the advantages that are unique to nicotine salts at the same time.

Two things that salt-based nicotine is known for are the smoothness of the draws and the boldness of the flavor. This type of nicotine changes the way in which the molecules within the vape juice behave, so to speak. Hence, vaping a sub-ohm salt e-liquid while using a sub-ohm system will likely give you a richer, more nuanced flavor as well as a pleasantly smooth sensation on the inhale.

A Nice Throat Hit at Last

Another thing that makes salt nic so great is that it is more capable of delivering that throat hit that so many vapers know and love. It’s that throat hit that helps former smokers feel like they’re enjoying the sensation that they’re used to. Salt-based nicotine is naturally more potent than freebase nicotine, and that potency explains why this type of nicotine is more effective at providing that hit to the back of the throat on the inhale. Basically, vaping a sub-ohm salt e-juice will allow you to enjoy that feeling without having to use a pod mod.

Come to the Sub-Ohm Salt Side

If you’re interested in salt-based nicotine but don’t want to give up your trusty sub-ohm setup, you’re in luck. Sub-ohm salts allow vapers to enjoy the best of both worlds, ensuring sublime nicotine satisfaction as well as cloud-chasing abilities. So, if this new innovation interests you, it’s time to check out the sub-ohm salt vape juices that are available on the market.

Salt Nicotine E-Liquids: How Strong Do You Want It?

If you’ve been vaping salt nic vape juices for a while, you know that almost every e-liquid on the market that contains nicotine salts has the same ratio, which is 50VG/50PG. Now, for many vapers, that ratio is just fine, as it provides users with the perfect balance between a good flavor, a strong throat hit and abundant, smooth [...]

Why Does It Take Longer to Go Through Nic Salt E-Liquids?

Most vapers have found that their vaping lives have improved dramatically after switching to nicotine salt e-liquids and pod mods that are compatible with them. Among other things, this switch can save you money, help you experience a more satisfying nicotine experience and make life easier thanks to the simpler, more user-friendly nature of this vaping setup.Another benefit that doesn’t get [...]

We’ve all been guilty of forgetting that we left our juice bottle outside on a hot day, or inside a car that was parked in direct sunlight. Many times, we can just grab that bottle once we remember where we left it and go on vaping like we normally would. But, still, it’s always best to avoid exposing [...]

How Fast Could a Pod Coil Rust?

If you’ve ever taken out your pod cartridge only to find what appears to be rust around the coil, you’ve probably felt a sense of panic. After all, rust can be dangerous to inhale, right? Besides, a rusty pod coil probably means that you won’t have a very satisfying vape experience.So, can a pod coil rust, or [...]

Can Tobacco Flavors Differ Between Freebase and Salt-Based E-Liquids

One of the best things about switching to vaping after years of smoking cigarettes is that you can still enjoy that rich, complex and nutty tobacco taste without having to reach for an analog. Today’s vaping market offers a massive variety of tobacco-flavored e-juices that satisfy those cravings without resulting in all of that guilt. Many newbie vapers [...]

Should a Vaper Boost Their Nic Salt E-Liquid’s Flavor?

If you’ve been a fan of The Vape Mall for a while, you’ve probably noticed that we now offer our fabulous flavors in a salt-based nicotine e-juice form. As nicotine salts become more and more popular, more of our customers are switching over to this style of vaping. We don’t want our customers to give up their favorite [...]

If you’ve been vaping for a while and you’re tired of having the same old flavors in rotation, it might be time to get into the world of flavor blending. Flavor blending, unlike DIY vaping, doesn’t demand that you know all your vaping chemistry equations and invest in all of that bulky equipment. After all, while making [...]

How Come Most Nicotine Salt E-Liquids Have a Balanced VG/PG Ratio?

For vapers who just switched out their old box mod for a sleek and portable pod system, it might be safe to say that you’re still figuring out the many ways in which you have to adjust to this new vaping experience. Despite the fact that pod systems are astoundingly user-friendly, switching to the pod style of vaping requires [...]