The World of Drippers and Tanks 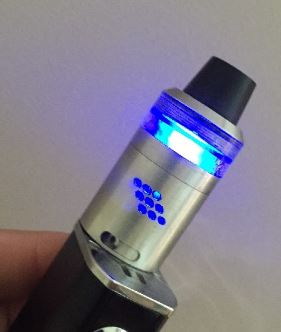 As we all know, an e-cigarette has a tank for the e-liquid as well as an atomizer to heat up the e-liquid and produce vapor. Dripping is a technique wherein a vaper directly applies a small amount of e-liquid to the atomizer rather than filling the tank on the e-cigarette. This serves several functions - it becomes easier to switch between different flavors, and more importantly, there’s a stronger throat hit when dripping. Generally, dripping produces a better flavor overall than using the normal cleromizer/tank setup but there are a few drawbacks including that it’s a bit more work to drip e-liquid than it is to simply fill up the tank and have your device ready to go for a while. It also tends to deplete the batteries quicker.


With your typical e-cigarette, there’s tank setup which contains the e-liquid inside of it, most advanced e-cigarettes including MODs use a cleromizer. A cleromizer is basically a tank that surrounds the device’s atomizer and feeds e-liquid into it, typically using wicks. There are several styles of tanks which’re designed to offer a similar user experience to dripping by offering the ability to have two coils or to rebuild the tank yourself - both of which can be used to craft an experience with bigger clouds and stronger throat hits. While no tank can completely recreate the experience of dripping, you do have a few options that offer a similar experience with the convenience of a tank.

As for dripping itself, as we mentioned earlier, it’s a technique in which the user applies a few drops of e-liquid directly to the atomizer coils, so there is no tank to hold the e-liquid. Instead, this is applied directly or sometimes through a small hole that feeds directly to the atomizer in some drip tips. If you’re serious about dripping, there are a few things that you’ll need to invest in - you’ll need a bridge-less atomizer or a rebuildable one, plus a drip tip. A drip tip is a mouthpiece designed to fit directly over theatomizer, to maximize the amount of vapor going into your mouth. They’re available here at The Vape Mall in a range of prices and materials and should be easy enough to come by for the serious vaper. For dripping, you’ll either need to build your own atomizer or find a suitable one (which is a lot easier now than a couple of years ago, since vaping only continues to take off as an industry).

For these things that you need to start dripping, they’re readily available here, so it should not be too difficult to get into doing this sort of vaping.