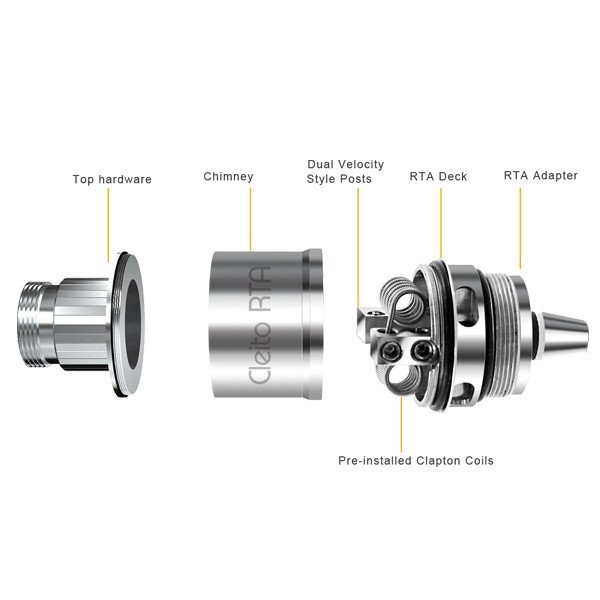 If you’re searching for a replacement head for your Aspire Celito tanks, then the AspireCleito RTA Head is exactly what you need. It allows for awesome airflow, thus creating intense vapor cloud production as well as lifting your favorite  vape juice flavors from The Vape Mall to the next level of vaping pleasure.

There are 6 parts to the Cleito RTA Head that we’ll briefly breakdown:

Now, as we just mentioned earlier, airflow located near the base of the RTA system permits for airflow to sprint past your coils for extremely nice clouds of vapor. With the alternative to now install your preference builds, the Cleito RTA Head is taking not just your e-juices, but your overall vaping experience to the next level.

So overall, the air flow is top-notch, it wicks nicely, and Cleito RTA Head produces a nice amount of vapor. It also helps that the velocity posts and the big deck are very easy to work with.