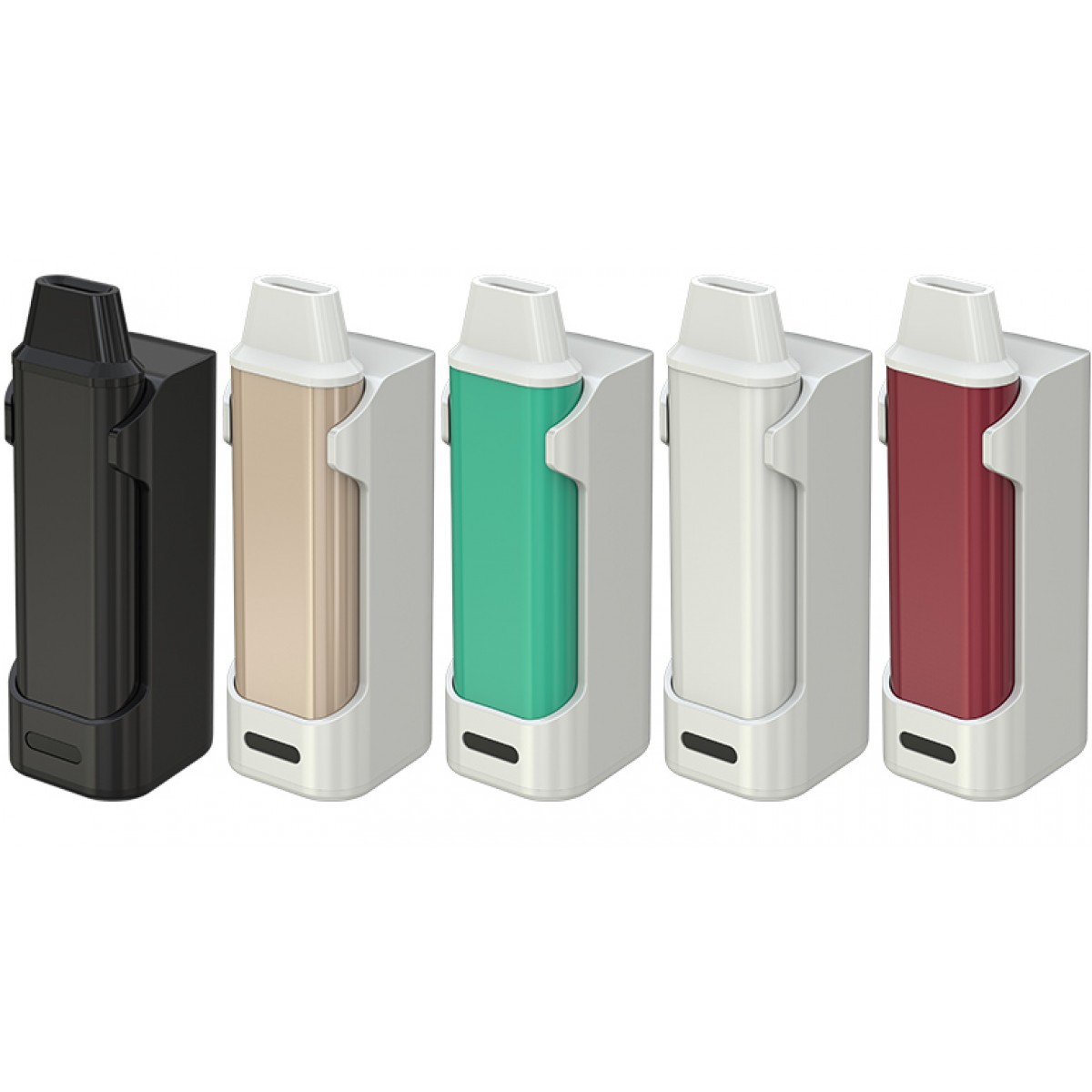 If you’re looking for an extra-compact all-inclusive starter kit, then look no further than the ELEAF ICARE MINI KIT. This is a kit that has parent models that have been tried and tested by time and have stood up to everything users have done. From the extreme compactness of the model to the above average robustness, this kit is truly stellar.


The Eleaf is designed somewhat as a testament to the older stylized automatic battery vapes. Here, there are no buttons on the device whatsoever. Instead, the vape is instantly and automatically activated when you take a pull. While this may not be some users’ cup of tea, this is a critical component of a device that has been designed to be discreet and stealthy. The Mini measures in at a minuscule 3” by 1” by 0.5”, significantly smaller than almost all other kits on the market today. Because it’s meant to be stealthy, it doesn’t produce gigantic clouds of vapor. It’s simply meant to satisfy your basic vaping needs without showing off to the world exactly what it is.

That said, its size certainly doesn’t show its true power. Inside that small casing lies a 320 mAh battery. If you want a larger battery, there’s a 2300 mAh external battery that can be purchased which attaches via magnets. The output wattage of the iCare Mini reaches up to 15W, an impressive amount for an automatic vape. Though the Eleaf cannot go sub-ohm without serious repercussions, its ohm range reaches from 1.0 to 3.5 ohms, a satisfactory range for most vapers. With a built-in tank capacity of up to nearly 1.5 milliliters, the Eleaf is sure to last you for multiple small vaping sessions.

One of the best parts about the Eleaf iCare Mini is how simple it is to use. Simply charge it through its micro USB charging port, put some vape juice into the tank, and you’re ready to go. Since every component is built into the kit already, it’s easy and intuitive to use. If you want a great, compact device then you cannot go wrong with the Eleaf iCare Mini.