Juul and How It's Taking Over Vaping 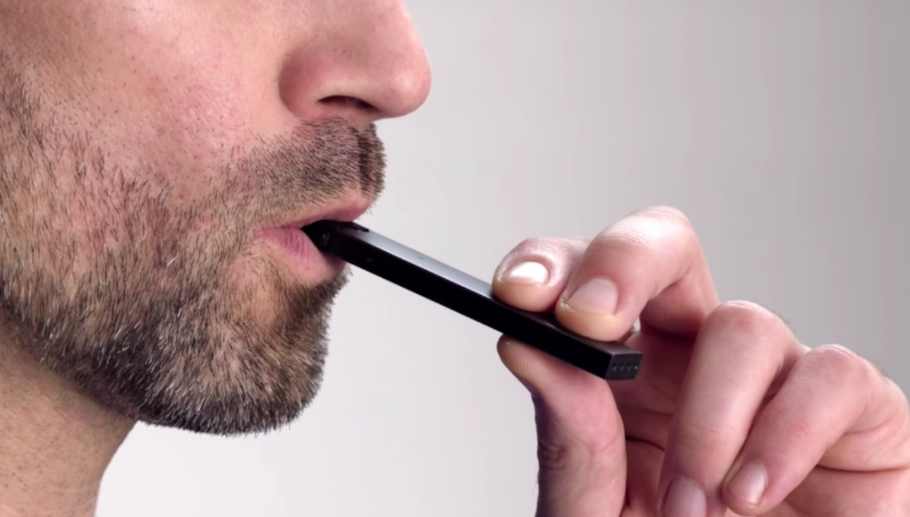 Up until recently, the idea of vaping was still stigmatized across the United States. This probably had much to do with the fact that the only vaping devices that provided former cigarette smokers with satisfaction were large, boxy and conspicuous. Plus, these devices produced enormous clouds that could annoy non-smoking bystanders.


However, one brand has revolutionized the vaping industry, making this technology seem attractive and "cool" on a widespread level. JUUL introduced their portable vaping device in late 2016. Since then, this vaping system has become one of the best-selling vaping products of all time.
Why is JUUL So Popular Compared to Other Vaping Devices?

When JUUL came out, it became an overnight success. This brilliant vaping device boasts many benefits that satisfy vape enthusiasts' needs. For one thing, these devices are lightweight, slim and extremely small. Therefore, they can fit into a pocket or purse compartment easily.

Because they're so small, they're highly discreet. This means that cigarette smokers who were turned off by the boxy vaping mods of yesteryear could finally get their hands on a vaping device that didn't attract attention.

Because of their inconspicuous nature, JUUL devices can be vaped almost anywhere without being noticed. Between their small size and the minimal amount of vapor that they produce, they don't attract nearly as much attention as the box mod vaping devices that produce streams of vapor with aromas that linger in the air.

Another advantage of JUUL is the type of e-liquid that it uses. Salt-based nicotine is a relatively new concept that is encouraging large numbers of cigarette smokers to finally make the switch.

Before brands like JUUL started creating these portable devices, e-liquid brands used what's known as freebase nicotine. While e-liquids that contain freebase nicotine can satisfy the needs of former cigarette smokers, they don't provide that quick buzz and strong punch to the throat for which conventional cigarettes are known.

Salt-based nicotine, on the other hand, provides virtually the same effects as cigarettes. Plus, because of the nature of nicotine salts, these e-liquids can contain high levels of nicotine without delivering a harsh sensation to the user's throat.

Salt-based nicotine is only compatible with portable vaping devices like JUUL. This was one of the very first brands to capitalize on the discovery of salt-based nicotine by crafting an entire device around it to satisfy the needs of former smokers like no other brand on the market.

Another extremely attractive feature of the JUUL vaping device is how easy it is to use. Before there was JUUL, vape enthusiasts had no choice but to purchase large vaping devices to experience satisfaction. These devices utilize advanced technology and require lots of maintenance. Therefore, they can be intimidating to anyone who doesn't understand how the various mechanisms work. Plus, these box mod devices require constant cleaning since the various mechanisms can get dirty and clogged up with sugary e-liquids.

JUUL is a remarkably user-friendly vaping device that requires virtually no maintenance. It consists of two pieces. A pre-filled pod is simply snapped into the battery. Because of the simplicity of this device, no buttons are required. All that a vaper must do is pull on the device like they would with a cigarette in order to get their nicotine fix.

JUUL Continues to Outsell Many Competitors

Since the launch of JUUL, plenty of brands have tried to come up with their own versions of portable vaping devices that utilize salt-based nicotine. However, few have managed to enjoy the same level of success.

One of the advantages that JUUL has over other brands is that they were there first. The brand utilized clever marketing strategies to appeal to both vape enthusiasts and cigarette smokers. From the beginning, JUUL products could be found in gas stations and vape shops alike.

Plus, JUUL is simply a high-quality, consistent product. For this reason, many vape enthusiasts don't see the need to switch to a different vaping device.

They Continue to Grow

It's hard to deny that JUUL is the most popular vape brand that's out there right now. Considering its innovative technology, it's no surprise that this brand has introduced a whole new generation of cigarette smokers to a better alternative.