Is it Necessary to Shake Your E-Liquid Before Use? 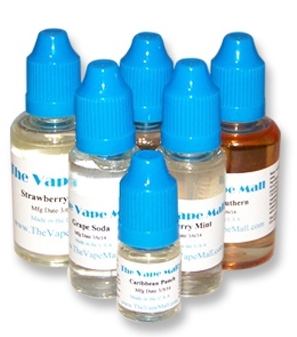 If you’ve noticed a vaper shaking their bottle of e-liquid before they use it, you might wonder why they’re this, and whether it’s necessary to disturb the juice like that.

To understand what shaking the vape juice actually does, we must look into chemistry and laws of physics. When a liquid is in a container, it’s not actually sitting still. The liquid is made up of millions and millions of atoms and molecules, including the ones that actual make the liquids flavorful. Each one of these molecules has its own bit of energy, and will move around randomly in the bottle.

However, since some of these molecules are larger or denser than the others, this means that the liquid itself will not be evenly distributed. Molecules like nicotine and some of the flavor molecules weigh different amounts, and will either preferentially sink to the bottom over time or rise to the top. This leads to different flavors being concentrated in different segments of the e-liquid.

To add to this layering of different molecules over time, some of the molecules in the e-liquid find it easier to become gas than liquid. Over time these will move into the gas that is at the top of any e-liquid bottle. If you look in an e-liquid bottle, you’ll see there’s a bubble of space at the top. This is so these gases don’t make the bottle explode from the pressure! The off-gassing of these molecules leaves the actual liquid less flavorful than before.

With both the layering of flavors and the off-gassing of molecules being huge problems, how could it even be possible to fix the flavors in your e-juice? That’s right, you guessed it. Shaking the e-liquid bottle mixes up all of those layers that settled over time, and mixes the gas back in as well. Problem solved, and now you know exactly why people shake their e-liquid.