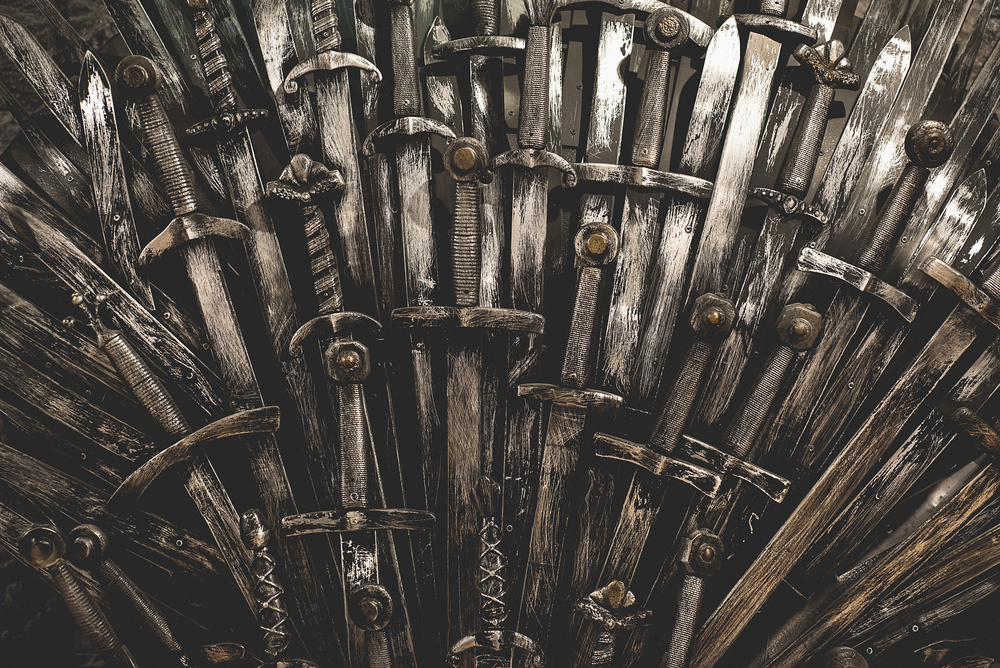 Are you still missing your weekly Game of Thrones fix? Well, we are too. That finale definitely left fans divided, with some thinking that the ending was perfectly fitting while others are literally begging the writers to give it another go. Whichever way you feel about the final season, it’s hard to deny that this was one of the most impactful television series to ever grace the air.

Top GoT Characters as Vape Juices

Few television characters have been as consistently chilling as Cersei Lannister, the power-hungry member of the Lannister dynasty with a tendency to be ruthless. Cersei seemed to get her strength from other people’s suffering, and she had no qualms about inflicting some cruelty as needed if it would help her move forward with her agenda. Cersei’s ending may have been anticlimactic to some viewers, but it sure was enjoyable to see her suffer regardless.

If Cersei was an e-liquid flavor, she would be Redd Bull. This e-juice flavor is inspired by a stimulating energy drink that slams you in the palate without an apologizing taste to team up and wake up every single taste bud, jolting you just like the real thing. The inhale gives you that bright, zesty soda. The effervescence tingles on the tongue before the intense sweetness takes over on the exhale.

Tyrion’s character was consistent throughout the show, even while members of his own family were at each other’s throats. Tyrion was the reliable one who always chose to do good by the ones he loved. There is just something comforting about seeing him on screen, and fans of the show never turned their backs on him.

Like Tyrion, a nice, cold hard apple gives us that warm and fuzzy feeling. This iconic sweet sensation has that comforting taste that feels like home. It never lets us down no matter what we’re going through on any given day. And, that’s why we feel like Apple Sweet is the e-liquid that best embodies his character. The inhale gives you that crisp, sweet apple taste that has just the right amount of tartness. The exhale supplies you with that effervescence that refreshes you like crazy.

Jon Snow is another character who fans adore because of his ability to stay true to his benevolent self in times of intense conflict. Jon Snow was known as the good guy who treated everyone with respect, even when they threatened the ones he loved. Although he was strong and fearless, he was as loyal and dependable as they come, even to the end.

Jon Snow was a lot like a warm, homemade apple pie. This classic dessert warms our hearts and brings back wonderful memories. No matter how scary things get in life, we can always indulge in a nice big slice of this treat and instantly be transported back to a simple time. Dutch Apple Pie pays tribute to this classic sweet by giving you those moist, sugary apples on the inhale and a gloriously buttery pie crust along with sugared cinnamon on the exhale.

Jaime Lannister was one of the most complicated characters ever written, and throughout the series, we watched him evolve like watching layers being peeled from an onion. Most viewers were satisfied with his ending, and we have to agree.

You know what else is mysterious and complex? A piping hot cup of chai tea. So, Chai Tea is our tribute to this delicious beverage. The inhale gives you that bitter, earthy black tea taste. Then, exotic spices tease your senses, one at a time. A delicious creaminess takes over on the exhale.

Daenerys proved to be a character who wanted to have her cake and eat it too, which, of course, came with some pretty serious consequences. Once she got the power she wanted, she wasn’t content until everyone with whom she came into contact deferred to her. Hence, the “Mother of Dragons”.

Dragon Juice embodies Daenerys’ character perfectly. It’s unapologetically gluttonous, providing you with decadence that you feel almost guilty for indulging in. The inhale and exhale simply provide the rage of dragon fruit, blended with creamy strawberries that make it all worthwhile.

Still hard to believe that our favorite show is no longer round. However, if you’re devastated that Game of Thrones is finally over, you can check out these awesome e-liquids and get into the spirit of your favorite characters. If you’re truly obsessed like we are, you’ll probably want to grab them all today.