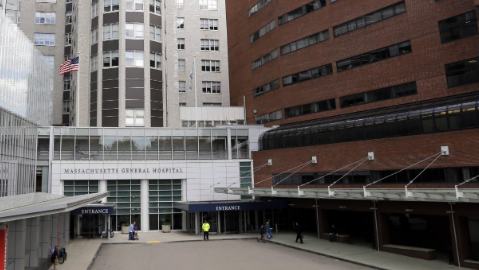 In America, the vaping industry is under more scrutiny than ever before, which’s surprising considering the fact that in Europe and other parts of the world, this new technology is being praised by health organizations and government officials. The vaping industry is, as we all know, still relatively new. In fact, it’s only been around for just over ten years. This means that there’s still a lot of misinformation out there, and a lack of research behind it.

Still, many studies have been done over recent years that support the notion that vaping is a great replacement for smoking. And, now, a new study shows that vaping can, indeed, serve as an effective form of nicotine replacement therapy. The MGH (Massachusetts General Hospital) Tobacco Research and Treatment Center gathered data from thousands of participants in order to determine whether or not electronic cigarette use can stop a patient from smoking for three years. And, the study’s conclusion clearly demonstrates that this technology is capable of helping a person quit tobacco for good.

The study utilized data from a recent PATH study as well as statistics on vaping and smoking in America. We know that about 12 percent of American adults use cigarettes, and that that number is far lower than it has been in decades past. We also know that vaping is becoming more and more popular among American adults, with about one in twenty people using this technology, and that number is growing every year. Therefore, it’s safe to see a correlation between people who vape and people who have recently quit smoking.

The study determined that vaping is just over 75 percent effective as a form of nicotine replacement therapy. The researchers determined this after observing former smokers using e-cigarettes for three years. Less than 25 percent relapsed during the period.

It should be pointed out that of the 8,000 participants in the study, almost 80 percent of them had never used an e-cigarette in their lives. Others had tried the technology at some point or another, but never after ceasing tobacco use completely.

The study also stated that e-cigarettes seem to be the most effective as a smoking cessation tool when used daily. Essentially, when a former smoker feels a nicotine craving coming on, they should use e-cigarettes rather than trying to simply allow for it to pass, as this makes the temptation to turn to smoking stronger.

So, why does vaping seem to be more effective, according to this study, than nicotine gum and nicotine patches? Experts believe that it has a lot to do with the way in which the user consumes the nicotine through this technology. Unlike nicotine gum and patches, vaping allows the user to enjoy something that’s very familiar to the physical act of smoking. The vapor is inhaled into the lungs using an electronic device, and the physical sensation feels lot like inhaling cigarette smoke. Researchers believe that the physical act of smoking is as addictive as the nicotine itself, which would explain why vaping has become so enormously popular among former smokers.

This study is hugely beneficial to the vaping industry because it demonstrates how vaping can benefit society. Hundreds of thousands of lives are claimed by smoking each year, so it’s crucial that we find a way to help people quit smoking. This study illustrates that e-cigarettes can do just that, and so perhaps it will influence the FDA to be more friendly toward this technology.

At a time when the vaping industry needs the support of major health organizations in America, the MGH Tobacco Research and Treatment Center has released a study demonstrating the fact that this technology can really help people quit. We hope to see more pro-vaping studies released in the future. Studies like these do help demonstrate how beneficial this industry can be.