How to Fix a Draw-Activated Pod System 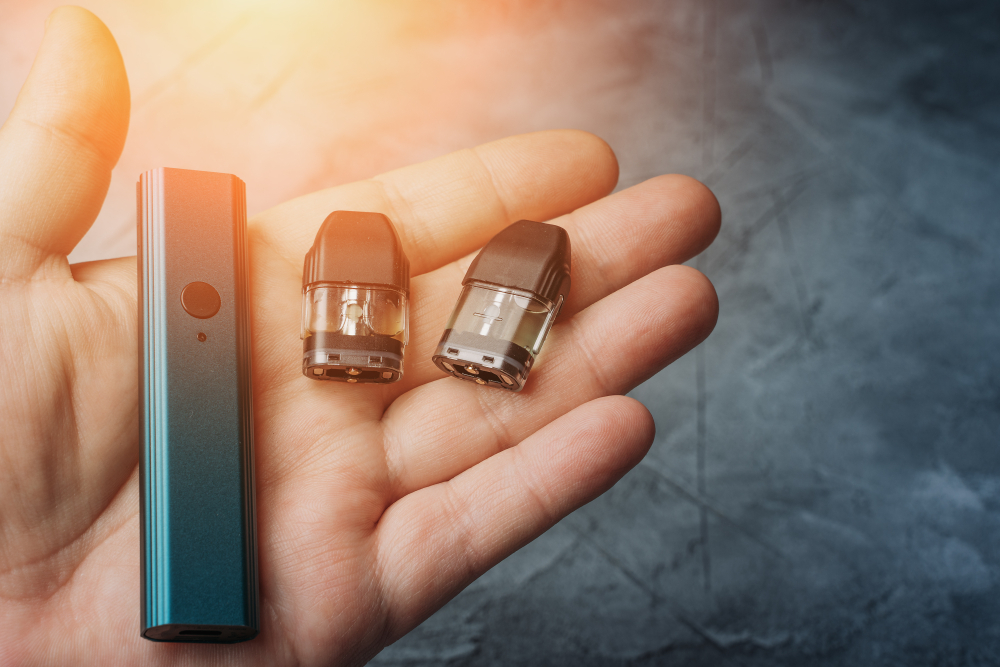 Using a draw-activated pod system offers one of the most user-friendly ways to vape. This type of system does not require the use of any buttons and allows us to control how much vapor we take in based on how hard we pull. This type of system is usually the one that is recommended to beginner vapers who are just starting to get a feel for vaping technology.

But, even the highest-quality draw-activated pod systems can give you some trouble once in a while.

Easily, the most common issue that users of draw-activated systems mention is a pod that’s leaking. The leak could be through the mouthpiece, releasing liquid into a person’s mouth; at the bottom of the pod, causing liquid to touch the connections; or coming out of the sides of the pod, which means that the pod looks wet when it’s disconnected from the device. Either way, a leak should never go ignored because it always means that something is wrong with your setup and will cause you to waste vape juice.

Make Sure the Battery is Charged

Believe it or not, the most common reason for a leaking pod is a low battery. The lower the battery, the less capable it is of supplying enough power to your coil to vaporize the e-juice. Therefore, when pulling from your pod system, the e-juice is getting sucked through the mouthpiece rather than actual vapor.

Squeezing your pod can definitely cause it to leak, because it can force vape juice out of its sides and mouthpiece. Many people are taught that if there is an air bubble in the pod, that squeezing it will pop the bubble. However, it’s better to gently tap the pod to break up the bubble, since this is less likely to cause a leak.

Pulling too hard in your mouthpiece can definitely cause a leak, and this issue is more common among those who are used to more advanced vaping setups, where pulling hard is actually recommended to take in a nice amount of vapor. With a low-wattage pod system, pulling too hard will simply draw un-vaporized e-juice up into the mouthpiece.

Some of us heavier vapers have a habit of chain-vaping, meaning that we take one hit after another with almost no time in between. This is not recommended with any vaping setup because it can lead to leaks. Not giving your coil a chance to cool between puffs stresses out the coil and leads to flooding which means that excess e-liquid leaks out of the pod. Try putting more time between each hit instead. If you chain-vape because you’re not getting enough nicotine with just a couple of puffs, consider increasing your nicotine level. If you are chain-vaping because there is not enough vapor being produced with each hit, increase wattage or voltage levels if using a device that features adjustable output.

Change the Coil or Cartridge

If the coil of your cartridge is on its way out, it will start to leak. That’s because a dying coil just doesn’t have the capability to convert liquid into vapor any longer. Therefore, each time you fire a hit, the liquid just leaks out rather than vaporizes. Usually, this is also accompanied by poor flavor and vapor output. In this case, simply replace your coil or cartridge – whichever of the two is replaceable according to your unique pod system – and you will be good to go.

Problem #2: A Pod System Not Hitting

The second common issue that people may experience when using a draw-activated device is simply not getting in any vapor at all, even though their pod system is fully charged.

Every system’s connection looks a bit different, but generally it requires that the metal connectors on each component are making direct contact with one another. With some systems, the battery slides down and just needs to be pushed back up, or the connectors on the pod itself get pushed in and need to be gently pulled back out.

If something is clogging the airflow of the mouthpiece, like juice gunk or a piece of debris, you will want to try to use a tiny object to dislodge it. If that doesn’t work, it might be time to grab a new pod entirely.

Keep Getting the Most Out of Your Draw-Activated Pod System

It is always annoying when you plan for a relaxing vaping session and run into an issue with your setup. The good news is that draw-activated pod systems utilize pretty simple technology and are therefore equally simple to fix.