What Does an IP68 Rating Mean For Vapes? 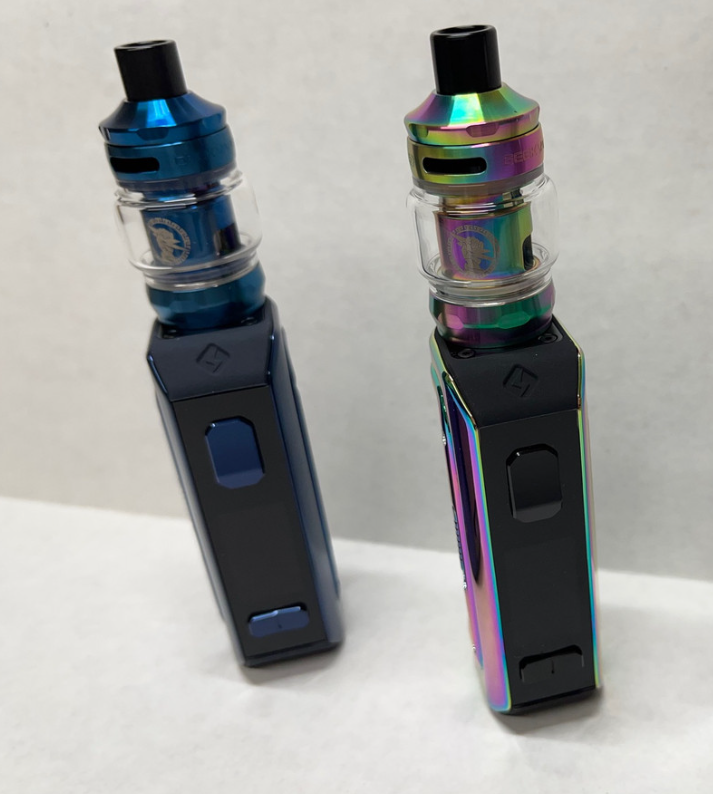 We are seeing an influx of vaping systems that’re demonstrating an “IP68 rating”, highlighted when you read through the description of a new starter kit that you’re looking to buy at The Vape Mall. But, what does this rating actually entail, and why is it becoming a new standard in vape hardware construction?

What Does an IP68 Rating Actually Mean?

IP, or Ingress Protection, is a code that is officially given to products that have been tested by the International Electrotechnical Commission to determine how electrical devices operate when exposed to moisture and environmental matter like dust and other solids. The system of IP rating exists to determine what kind of exposures an electronic device can handle without malfunctioning or getting damaged, and thus, is critical for many industries that produce products that may be exposed to the environment.

IP ratings aren’t just given to vaping products, but are very common with smartphones, Bluetooth speakers and other types of portable devices that may be used outdoors.

Naturally, the higher the rating, the more resilient a mod or pod system is to these factors. And, standards have continuously changed over the years with the developments of new construction techniques and materials.

So, What Does an IP Rating of 68 Represent Then?

Well, the “6” indicates that the product is dustproof, meaning no dust can enter the internals of the device and cause damage. The “8” means that no moisture or liquids can enter the internals of the device to cause damage. An “8” is awarded after immersing the product in water, and spraying it with jets of water, along with dropping it into a puddle of rain. An “8” reflects a rating between 0-9, and as you can imagine, means that its waterproof construction is near perfect. Basically, an IP68 rating means that the device can be submerged in a liquid for 30 minutes with no damage.

Now, if you see an “X” instead of a digit, it means that one factor showed inconclusive results when tested – an example would be an IPX8 rating, meaning that whether or not the product is dustproof could not be proven due to insufficient testing.

This also displays the difference between an IP67 and an IP68 rating, as IP67 is another common one you’ll find on vaping devices. IP67 means that the product can withstand lots of water exposure but cannot withstand 30 minutes immersed under water.

Also, sometimes you will see letters at the end of the rating code, which could mean the following:

You’re not going to frequently see these letters, as IP68 is usually sufficient. Plus, the safety features advertised by the company separate from the IP rating. Besides that, these secondary tests aren’t as common with vaping products as they are with other types of devices that are more strictly associated with outdoor use.

How Come IP Ratings are Finding Their Way into Sub-Ohm Mods and Open Pod Systems?

Perhaps you’re wondering what the point is for an IP-rated vaping device? But truthfully, it’s more important than you think. Vaping devices have gotten more high-tech over the years, and a top-quality vaping system isn’t necessarily cheap. You don’t want to have to throw out your device because dust damaged the circuitry when you stuck it in your pocket, or because you were vaping out in the rain and the internals got fried.

Not only that, but a lot of vapers vape outdoors, where all kinds of elements are harder to control. For example, if you’re a camping enthusiast, you don’t want to have a device that’s vulnerable to things like dirt exposure and rain, so an IP68 rating can give you a lot of assurance.

Are IP68 Vaping Systems Worth It?

Overall, we think that an IP68 rating is something that should become standard throughout the vaping hardware industry. After all, more durability is never a bad thing, and accidents happen. Sometimes, we drop our device into a pile of dirt, or leave it out in the rain. It also indicates that companies are taking the construction side of things more seriously, doing what they can to ensure that their vaping setups are built to last.

Note: Usage and conventional wear n’ tear during the mod’s or pod system’s lifespan can undermine the IP rating. Why? Because falls and drops can loosen and damage parts or potentially jeopardize seals and connections, especially within these vape systems. Something that’s sold as “dust” and “waterproof” can be deprived of that rating from extended use, which in turn, results in failure if the device is vulnerable to moisture and dust.

Ultimately, an IP68 rating is a sign that a hardware brand is producing top-quality, durable, and reliable hardware. And, it’s becoming increasingly common to see this rating attached to newly released vaping systems. If you can, consider opting for an IP68 starter kit, since you know that you have a lot more protection so that your unit can withstand as much as possible.