Vaping vs. Traditionalized Nicotine Patches and Gums in 2022 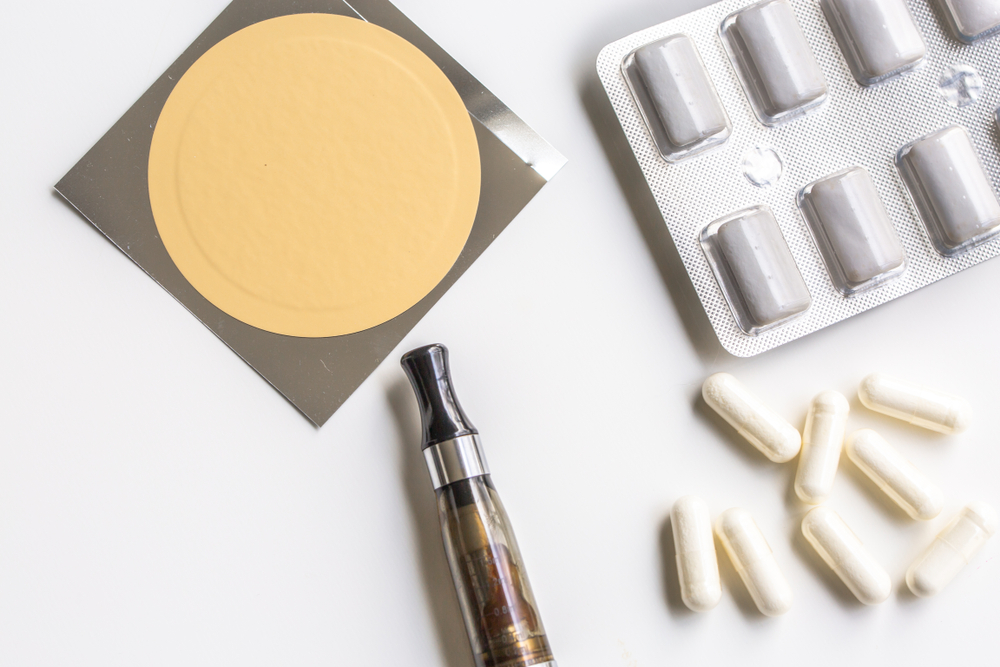 Vaping, despite all that has been going on, continues to be one of the most popular trends in the last seven years or so because of its ease of access, and being a simple way to make the switch. It offers a better alternative to smokers than smoking a pack of cigarettes a day. Vapes also come in many convenient forms for any vaper, as well as different flavoring agents for those who do not like the taste of normal cigarettes. There are multiple ways to help when it comes to quitting cigarettes, but vaping seems to be the top alternative.

In fact, the studies that have been done so far always come out with vaping having a higher success rate of smokers actually quitting cigarettes than other alternatives. Still, you’re here because you are wondering how it measures up against nicotine patches and gums. Well, you’re about find out.

Also, placebo plays a powerful role in an individual's mindset. If a person is trying to quit smoking and they decide to place a patch on their chest or upper arm, how does that make them believe it is going to work at all? Their placebo effect is going to tell them it isn't going to be functional, which may impact the results. When using vaping to quit, a vaper can trick themselves into thinking they are actually smoking still, well at the same time decrease the amount of nicotine they are inhaling into their bodies. Never underestimate the power that placebo plays on the mind.

One of the major cons of nicotine gum is the cost, it can run a smoker roughly $145+ monthly depending on how strong a person's smoking habit is. A vape cartridge cost significantly less, they can start out as cheap as $30 and will last a smoker much longer. Nicotine gum has a much higher success rate than the patch, of about 35%, but it still isn't nearly as close to this success rate of vaping, which is about 60%. Cigarettes can cost a smoker over $50 a week depending on their brand of choice. They do not want to be spending that much trying to quit as well, so vaping is a much cheaper alternative when it comes to quitting.

There are certain health risks a person may come across when it comes to nicotine gum. Often times, people do not believe there can be health risks when it comes to just chewing a piece of gum, but unfortunately, there are effects. People who chose nicotine gum to quit their smoking habit are often constantly chewing on this gum which can lead to gum disease, hair loss, and unusually vivid dreams. The side effects can worseness the more heavily, and longer the nicotine gum user uses the gum.

The only side effects when it comes to vaping is sometimes user report a scratchy throat a possible mild dizziness, but as long as a vaper is staying hydrated, as well as vaping at the proper milligram strength (know your body’s tolerance), these effects should be eliminated almost instantly, or not happen to begin with. Besides, if a person is a heavy smoker to begin with, the little scratch an e-liquid may cause is nothing compared to the damage cigarettes cause to a smoker's throat.

Vaping continues to be for many people out there a way to potentially limit and/or quit smoking cigarettes altogether. For the research that have been conducted so far (without all the recency bias), vaping is showing time and time again that’s highly more successful than other products (nicotine gum or nicotine patches). Plus, vaping is more enjoyable and convenient than other options because it gives a user choices. When someone is given choices, it helps them select the best option to aid them in their ultimate goal, which is to quit smoking cigarettes!

Let us know what you think; in that has vaping helped you make the switch for good?