Do Fruity Flavors Differ Between Freebase and Salt-Based E-Liquids? 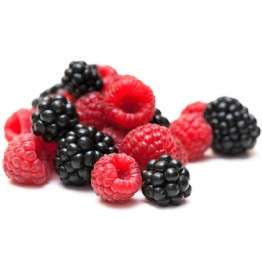 If you’ve just switched from using a sub-ohm box mod system to a portable pod kit, you’re probably enjoying vaping satisfaction like never before. Pod-based vape systems use e-liquids that contain salt-based nicotine, a type of nicotine that’s known for being extremely potent and, therefore, more satiating to former smokers.

However, some people who switch to this style of vaping notice that their flavor experience is different. This seems to be the case especially when it comes to fruit-flavored vape juices. So, why does this occur? Could it be that the nicotine itself is the culprit?

Do Freebase Nicotine and Salt-Based Nicotine Taste Different in General?

The fact is that salt-based nicotine and freebase nicotine don’t have different tastes. In fact, nicotine in general is a tasteless, odorless compound. Freebase nicotine is the type of nicotine that was used in vape juices up until pod mods became popular. This kind of nicotine was created in the 1950s when cigarette companies wanted to find a way to make their products more potent. Unfortunately, freebase nicotine isn’t exactly the best compound for vape juices as it can be very harsh at high wattage levels and in high concentrations.

Salt-based nicotine is a much more vape-friendly choice as it can be enjoyed at lower wattage levels without losing its potency. That’s because of the benzoic acid with which it’s combined. Benzoic acid takes the “edge” off of nicotine and makes it nice and smooth yet capable of providing that throat hit that former cigarette lovers crave.

Why Might My Fruity E-Liquid Flavor Taste Different in Salt Nic Form?

While the flavor of your fruity e-liquid can be different after switching to a pod mod system, that doesn’t mean that it won’t be as satisfying as what you’re used to. Just know that a change in flavor doesn’t mean that there’s something wrong with your device or with nicotine salts in general.

The Mouth-to-Lung Style of Vaping

One reason why your fruity flavor experience might be different is because of the fact that you’ve switched to an MTL (mouth-to-lung) device. High-wattage box mod systems are known as DL (direct-lung) mods. This means that the vapor is meant to be pulled straight into the lungs when inhaled. This sort of minimizes the flavor experience as the vapor doesn’t sit on the palate for very long.

However, with mouth-to-lung systems, you’re drawing the vapor into your mouth and letting it rest on the tongue for a second before sucking it into the lungs. This allows you to enjoy a fuller flavor for a longer period of time. Therefore, it’s likely that your flavor experience is different because you’re actually tasting the e-liquid for a longer period of time, allowing your taste buds to really enjoy those more nuanced flavor notes.

Pod mod systems utilize coils that are very different from the ones that you’re used to with your sub-ohm setup. As you know, different coil configurations do different things to the flavor of your vape juice. Pod mod coils have higher resistance levels and are made from different materials. This will undoubtedly have an effect on the flavor of your e-juice.

There’s another factor to consider, which is the fact that you might be getting a different flavor because you’re trying out a new brand. If you stuck with the same e-liquid company when you were using a sub-ohm kit, and now you’re using a new company for your salt nic needs, you’re going to experience a different taste because different manufacturers use different ingredients.