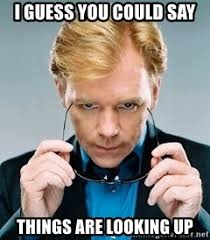 CBD has become such a massively popular product that it seems like it’s everywhere we turn. News outlets have begun doing segments on its potential benefits while every gas station in America seems to place CBD vaping products next to their cigarettes. Now, more CBD users are turning to vaping the compound as they believe that it provides the most benefits. But, does vaping it actually live up to its hype?

Anyone who has been around for a while knows that health fads come and go. Many CBD skeptics are comparing the cannabinoid’s popularity to those of wheatgrass and juicing. It seems like every year; the natural health world spits out a new product with a claim that it can cure everything from depression to liver disease.

However, those who have actually studied CBD know that hemp is more than a trend. Unlike many natural health fads that have come and gone, its potential to treat common ailments is so promising and heavily researched that the medical community is starting to take notice, integrating it into their treatment plans for patients. And, as it turns out, vaping CBD seems to be one of the most effective ways to enjoy what it has to offer.

Why is CBD Everywhere All of a Sudden?

This is a question that not only those outside of the space are asking, but even some who are currently CBD users are currently as well. Perhaps the biggest thing to influence CBD’s recent success was the legalization of hemp cultivation in the United States. Up until 2014, it was illegal for farmers to cultivate hemp as it was classified as a drug due to its association to marijuana. Now, however, farmers can legally grow hemp in order to hand it over to medical researchers. This has led to a boom of CBD-based research that has allowed us to back up the many health claims regarding the compound with scientific facts.

Why is Vaping CBD Becoming Such a Massive Trend?

Now that you have a bit of background on CBD, it’s time to explore its massive rise.

When you vape CBD, you experience its potential benefits very quickly. That’s because unlike CBD edibles and oral tinctures, CBD-infused e-liquids don’t have to travel far before reaching the brain. Though the effects are more short-lived, they are felt more intensely, making this style of consumption great for those looking for quick relief.

More CBD users are finding that vaping CBD can provide relief from sudden symptoms like panic attacks, migraine headaches, stomach upset and intense stress. An additional benefit of vaping CBD over other methods is that it can be enjoyed discreetly as most vaping setups for hemp products look exactly like e-cigarettes. Therefore, the user can vape their CBD when they’re away from home without anyone noticing.

Though we don’t have a clear reason why, millennials receive more mental health diagnoses than any other generation in recent history. Anxiety and depression are becoming more and more common among younger generations.

Because CBD is known to have the potential to treat mood disorder symptoms, it makes sense that vaping this cannabinoid is so popular among this generation. Because it’s legal to purchase (over the age of 18 and in some states over 21), users don’t need a prescription from a doctor in order to obtain it. And, vaping it can provide fast relief from sudden anxiety and depression symptoms so that the user can regulate their mood throughout the day.

When marijuana was legalized in California just a few short years ago, the cannabis industry in the state became massively successful almost overnight. Because of this, those living in Hollywood suddenly had access to exceptional CBD products. This led to a trend among celebrities in which vaping CBD became a popular way to treat ailments like anxiety and pain.

With so many of our favorite stars listing the many ways in which vaping CBD has helped them, it’s no surprise that their influence has been felt among the general public. After all, if your favorite actress swore that hemp eases her shoulder pain, wouldn’t you be more likely to give it a try?

What Does the Future of the CBD Industry Have in Store?

The CBD market has continuously grown, showing no signs of slowing down anytime soon. The industry is currently worth about $581 million, having grown an incredible 80 percent in 2018 alone. And, now, a large number of CBD users prefer vaping it over other methods of administration.

As more clinical studies demonstrate CBD’s potential therapeutic benefits, the medical industry is beginning to take notice. What started out as a natural health craze has become a mainstream treatment option in many clinical settings. It’s no longer unusual for a general practitioner to prescribe CBD to patients experiencing pain, anxiety, nausea or digestive upset. For patients who experience sudden onsets of symptoms, vaping may be recommended to them.

Of course, despite the amazing success of the CBD vape market, there are still a lot of skeptics out there. Because CBD is a relatively new industry, many people still associate it with marijuana despite the fact that CBD that comes from the hemp plant does not have any psychoactive activity. So, while the industry is doing very well, it’s still not accepted among the entire general public, especially when vaped.

And, the FDA still hasn’t begun regulating the CBD industry, meaning that consumers are on their own when it comes to choosing which products are actually beneficial. Currently, the industry has many poor-quality vaping products made by brands simply looking to cash in on the craze.

CBD enthusiasts hope that as more research shows that the compound is both safe and effective, our industry will become regulated in a way that allows businesses to thrive while ensuring that the CBD vaping products available are held to the same high standards of manufacturing.