Can You Vape Nicotine E-Liquid and CBD E-Liquid in the Same Day? 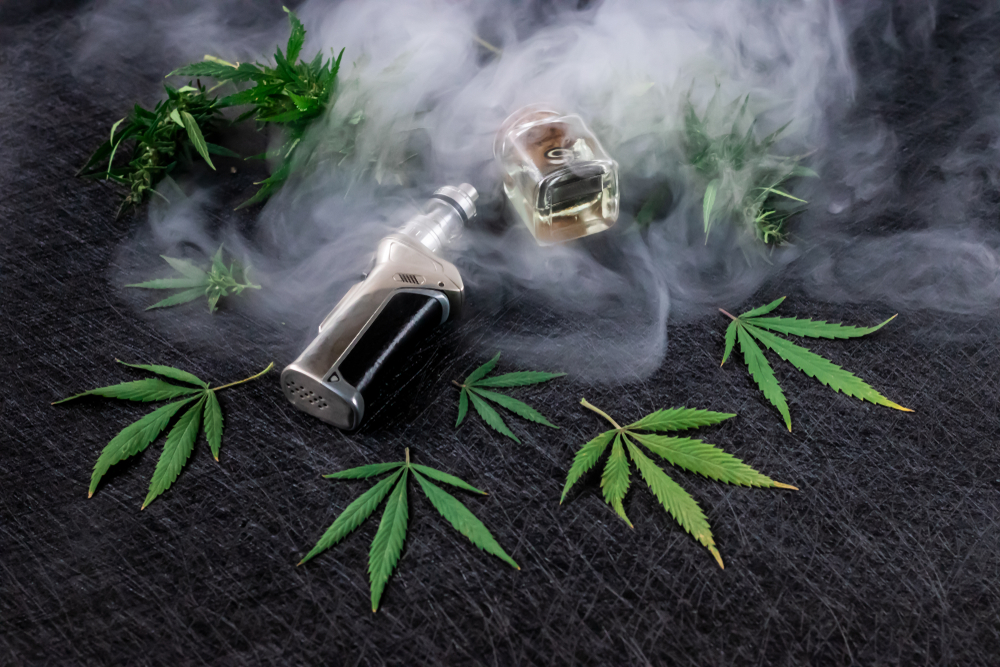 Are you a vaper as well as a CBD enthusiast? If so, you might be wondering if both of these hobbies can be enjoyed together, especially if you choose to enjoy your hemp in vaping form.

Is There an Interaction Between Nicotine and CBD?

One reason why vapers might be concerned about vaping both kinds of e-liquid in the same day is because of the potential for a negative interaction. For instance, we know that combining certain medications can cause an interaction that comes with lots of unwanted side effects. But scientists have found no interaction between these two substances, which is good news for vapers and CBD lovers alike. Nicotine and CBD are two different plant compounds that, as far as we know, play nicely together.

Besides that, lots of vapers enjoy these two kinds of e-liquids together without any issues. If there were problems, you’d probably have heard about it by now, since both vaping CBD and vaping nicotine are extremely popular, and it’s only natural that plenty of people consume both within a day’s time.

What Happens if You Vape Both Types on the Same Day?

So, if there is no negative interaction between CBD and nicotine, what does happen when you vape them both in one day? Well, for starters, it depends on the length of time between vaping the two. Nicotine, as you know, acts as a stimulant, although its effects are short-lived, rarely lasting beyond a half hour. Meanwhile, vaping CBD tends to make people feel more relaxed, although again, the effects are fairly short-lived. Because they both have short activation periods, vaping one type of product in the morning and one type in the evening will not allow for an overlap of activation, which means that they won’t interact with each other at all.

Of course, the closer you space the two types of vaping experiences together, the more likely you are to feel the effects of both at the same time. But even so, the effects shouldn’t be negative, nor should they even be noticeable. It’s possible they could counteract each other slightly due to the fact that one is mildly stimulating, and one is mildly calming, but your experience shouldn’t be unpleasant in any way.

Can You Vape These Two Kinds of E-Liquid Together?

So, if there is no known negative interaction, can you vape both of these e-liquids at the same time? Well, sure, and people do it all the time. On the market, you’ll find e-juices that contain both nicotine and CBD, as these are intended for people who already vape nicotine e-juices but want to take in some CBD as well. Similarly, lots of people carry around two vaping devices – one for nicotine, and one for CBD – and take hits off of each as they go about their day.

However, be aware of the fact that you can’t simply pour both kinds of vape juice into one tank or cartridge, unless the products are intended to be mixed together. Yes, there are CBD e-liquid additives that can be poured directly into a tank or cartridge containing traditional nicotine vape juice. But, unless a manufacturer clearly specifies that it’s okay to mix the two together, keep each one separate.

So, always check the product description of a CBD e-liquid before assuming you can add it to the nicotine vape juice you’re using.