When is it a Good Idea to Double Up on Rolling Papers? 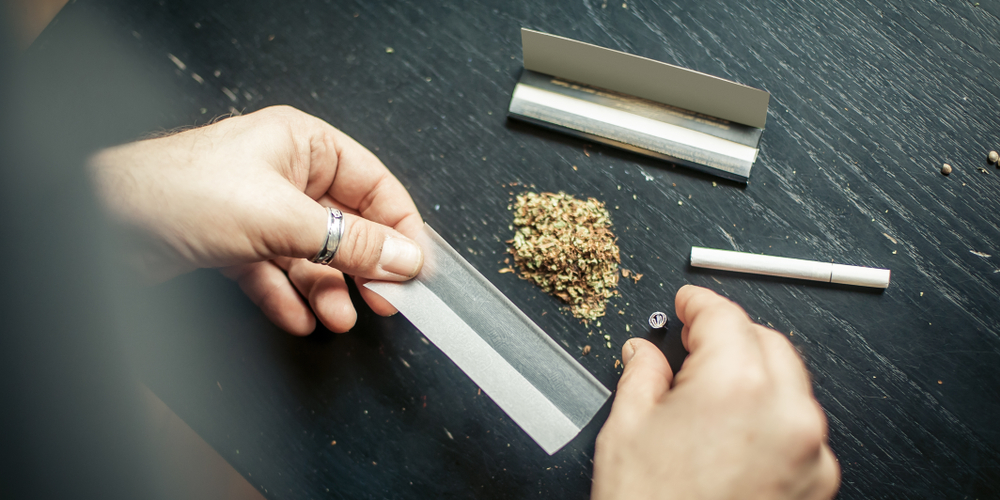 A lot of us like to enjoy our herb in the form of a rolled-up joint made carefully with the right papers for proper and even burning. Many of us have been rolling for years, and have gotten quite good at doing it, priding ourselves on forming the tightest rolls packed with as much ground up bud as possible.

But is there ever a reason for using two papers instead of one?

Doubling It Up: Should It Be Done?

In fact, double rolling has become increasingly common, and a quick online search will tell you that self-proclaimed experts are all for this idea. You may think that it’s excessive, but as you’ll see, there is actually good reason for going this route.

Reason #1: When Your Herb is Burning Too Quickly

Does your herb burn so quickly you barely get a chance to enjoy it? Well, then double-rolling is your friend. One way to slow that burn is by using two papers, because physics tells us that two papers require more effort to burn than just one. A fast-burning roll usually tells us that the paper is burning faster than the herb itself, and this can result in a lot of wasted product.

Two rolls keep things nice and slow so that you can take your time instead of feeling like you’re in a race to finish the herb before it burns away into nothing.

Reason #2: When Your Roll is Burning Unevenly

You know when you’ve worked hard to roll that herb perfectly, but as it’s burning, one side is disappearing faster than the other? This can cause herb to fall out and can cause you to miss out on precious puffs of smoke. Well, double-rolling is one way to avoid this from happening. By going with two papers instead of one, there is less of a chance of the paper burning too fast on one side. Basically, it’s the easiest fix to this problem that there is.

Reason #3: When Your Paper is Ripping Easily

If you’re using thin paper that’s ripping as you try to roll it tightly, a second paper acts as insurance. We all know the frustration when you are so close to completing your roll, only for the side to split, causing your herb to fall out. Double rolling acts as a protective agent against this common issue, as it’s far less likely that both papers will end up busting open during the process of rolling up your buds.

Reason #4: When Your Airflow Isn’t Hitting the Spot

Double rolling may also improve airflow by strengthening the airflow channel, which means that the hits can be of a higher quality. We have all smoked a roll and found that the airflow was uneven, or we had to pull way too hard just to take in a nice amount of smoke. Double rolling strengthens the overall product so that you can count on smoother and more consistent puffs.

Reason #5: When You are Tight on Cash

Double rolling is a great option if you’re trying to get more out of your herb without overspending, as a variety of factors above mean that you’re more likely to get quality hits time and time again. With a single piece of paper, you’re always risking a disappointing smoke due to poor airflow, uneven burning, fast burning or all of the above. Many find that they get more hits out of a double roll than a single, and that those hits are higher in quality.

Maybe you want to roll twice because you like two different papers. For instance, maybe one is stronger and therefore produces a tighter roll, but the other one brings a nice flavor to the experience. If this is the case for you, by all means, use them both. It will only benefit your experience at the end of the day.

If you thought that double rolling was unnecessary or just a marketing ploy, think again. It has many advantages that work together to give you more control over your herbal smoking experience. Double rolling can do everything from strengthen your joints to improve airflow, so why not try it?