What are the Benefits of Using BVC Coil Heads in 2022? 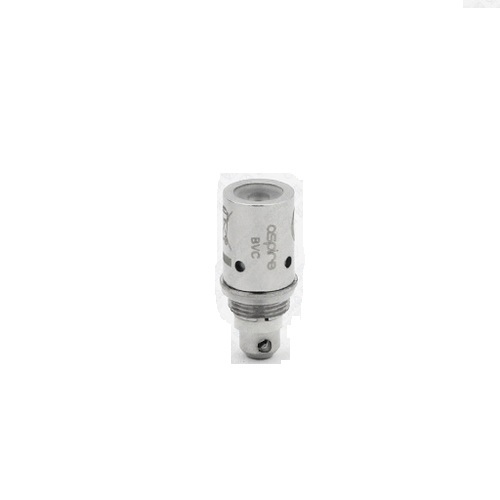 BVC means bottom vertical coil, and, it differs from the BDC, in that the BDC has dual coil configuration while the BVC has a single coil which stands vertically. The coils are, in principle, just wires twisted about a wick. The battery heats the coil which in turn heats the wick. In some vertical coils, the upright coil is surrounded with a cotton wick. This facilitates direct airflow. The direct airflow results in the vaporization of more e-liquid because of constant heating along its length. Some vertical coils also have a larger diameter that allows for additional airflow.

BVCs were initially popularized in the vaping community by the Aspire brand - the producers of the Nautilus tanks, since these come with a replaceable BVC for convenience's sake. Their coils are made of stainless-steel.

Did You Know Most Vape Coils are Made of Either Kanthal, Nickel, Stainless-Steel, or Titanium?

All coils have the resistance indicated on the device in terms of “ohms”. Basically, the lower your coil's ohm, the more the vapor. Mostly, ohms range from 2.5ohms to around 1.5ohms. These heat up slower and mimics traditional smoking best. They also make for some cool vaping.

Some coils, however, can even go all the way to 0.6 ohms. When you use below 1ohm resistance coils, you’re experiencing what’s known as “sub-ohm vaping”. This drains the battery faster, but also produces more vapor.

As for the coil types:

What are the Advantages that BVC Coils Have Over Horizontal Coils?

Just want to first throw it out there that some benefits such as increased flavor in BVCs are disputed. However, advantages of using the BVC coils include the following below.

Vertical coils are easier to draw upon due direct airflow. This can be attributed to the larger coil diameter exhibited by the BVCs.

Vertical coils are cooler due to the increased airflow within the coils.

According to some more experienced vapers, bottom vertical coils produce a higher flavor production in comparison to horizontal coils. This under debate though, due to the many variables involved. User bias is also, undoubtedly, a factor.

Vertical coils last longer in comparison to the horizontal coil because of the increased airflow results in cooling of the coil. With BVCs, the risk of the wick burning caused by dry spots is also greatly reduced. Consistent e-liquid flow is an added benefit, and you won't get frustratingly dry hits while vaping.

Bottom Line: BVCs Can be an Awesome Option in the World of Vaping

BVCs are considered the real deal, especially amongst a lot of different vaping communities. They are, however, not cheaper than the dual coil configurations due to how they’re made. The BDCs also burn through the e-juice faster than with BVCs. Still, ot all comes back down to individual choice, though. Do you want a direct and deeper throat hit? No? You prefer a smoother drag with lots of vapor? It's now all up to you.