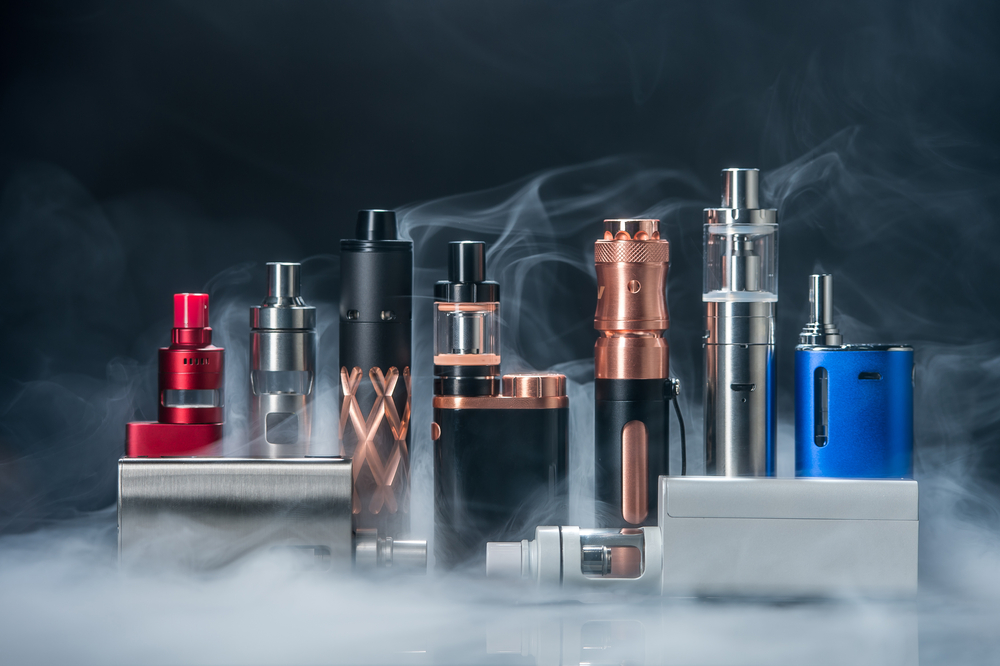 Perhaps one of the most elusive concepts in the world of vaping is airflow – something that we hear about a lot, but often don’t fully understand. At the same time, the majority of vaping hardware out there is equipped with some type of airflow control, allowing us to adjust airflow manually to enjoy our vapor in a whole new way. Basically, standard with any box mod system, airflow control has even made its way into the pod mod market, proving just how important it is to vapers.

What Does Airflow Do?

In the vaping context, airflow refers to the amount of air that gets introduced into the tank or pod cartridge while the user is inhaling through the mouthpiece. And, the amount of air that gets in there plays a huge role in what your puffs of vapor end up being like. Airflow can dictate the warmth of the vapor, the size of the clouds, the intensity of the flavor, the throat hit and even how much vapor is produced.

Airflow control refers to a common setting found on either vape tanks or pod cartridges, which allows for a manual adjustment of the amount of air that is allowed into the tank or cartridge when a hit is fired.

What may seem like tiny, insignificant adjustments can dramatically change how you experience your vapes. More airflow tends to “dilute” the vapor, which can give you more vapor output but less concentrated puffs – in other words, less harsh and airier. A tighter airflow can give you warmer puffs that are much stronger in terms of throat hit and flavor, not to mention nicotine impact, by contrast.

Airflow doesn’t just affect the vapor itself but how hot the coil burns, with more airflow allowing the coil to run at a cooler temperature, which can actually preserve it for longer, along with the life of your battery.

There are two primary types of airflow control methods that you’ll find on your vaping setup. The first is an airflow control ring, aka an AFC ring. This is definitely the most popular of the two, and if you’ve been vaping for a while, then it’s something that you’ve definitely had whether you realized it or not. Almost always located at the base of the tank, an airflow control ring is a small ring that wraps around the tank with small notches, or holes, beneath it. As you rotate the ring, different holes end up getting covered, which determines how much air can enter into the tank. It’s an easy way to make minor airflow adjustments, and something you’ll find on almost every sub-ohm tank on the market.

Then, we have under-coil inserts, which is a newer approach to airflow control. Far more common with rebuildable tanks (RDAs, RTAs, etc.), under-coil inserts solve the problem of a structure that doesn’t allow for a ring that sits neatly under a juice well. These inserts sit beneath the coil, allowing air to get into them rather than a juice chamber, which rebuildable tanks lack. The inserts are inserted and removed as needed from beneath the coil to create a distinctive airflow configuration, and while it’s not as simple as just rotating a dial as is the case with airflow control rings, it’s simple enough to do that users of rebuildable tanks are able to find the perfect configuration easily.

The actual structure of the inserts can vary as well. Some employ a showerhead design that disperses air into the coil through many small channels, and other designs are more direct, with air going directly through the hole and into the coil.

The Airflow Makes a Big Difference

As you can see, airflow matters tremendously to how much you can feel satisfied while vaping. And, manufacturers work hard to offer extremely efficient ways to customize the airflow with minimal effort. Whether you’re using a sub-ohm tank with an airflow control ring, or a rebuildable tank with an under-coil insert, you’ll be able to find your sweet spot in no time.