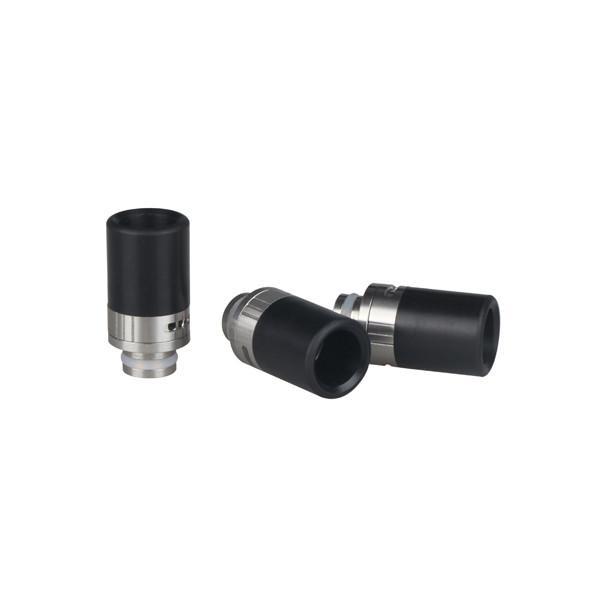 Have you ever looked at a pod mod system piece by piece to break down the many ways in which this type of kit differs from a traditional sub-ohm setup? It’s quite obvious that a pod kit is much smaller in size and made with different materials, and that it holds less e-liquid for obvious reasons. But, have you ever paid attention to the mouthpiece? The mouthpiece of a pod system is extremely different from that of a sub-ohm system, and for good reason.

Today, we’ll be discussing the ways in which these two mouthpieces differ from each other, and why they are so different from each other in terms of the overall functionality of each setup. This way, you’ll have a newfound appreciation for the ingenuity that has gone into developing the pod mod system as a unique way to enjoy nicotine.

The Role of the Mouthpiece

The mouthpiece of a vaping device plays a critical role in the process of receiving vapor from the hardware. The mouthpiece acts as a chimney, allowing the user to take in a smooth and even stream of vapor when the device is fired. The amount of vapor is determined by the output levels of the mod and the resistance level of the coil. The mouthpiece’s job is to simply act as a vehicle to deliver that vapor directly into your mouth when you pull.

Of course, when it comes to a pod system, everything is smaller than what you’re used to with a box mod setup. Therefore, it’s only natural that the mouthpiece would be smaller as well. The mouthpiece of a pod mod is smaller because less vapor is going through it during each hit. As you know, pod mods are low-wattage devices, which means that they don’t produce the abundance of vapor associated with sub-ohm systems.

Pod mod mouthpieces are also made from different materials. With sub-ohm setups, the power is so high that things can heat up fast. Mouthpieces on sub-ohm systems need to be made from resilient, heavy-duty materials like stainless steel and glass so that they don’t melt from the heat.

With pod systems, the output level is very low. This means that none of the components get too hot at any given time. This is why most pod mod mouthpieces are made from a plastic material.

While sub-ohm mouthpieces tend to be tubular and have completely gaping openings where the mouth goes, pod mod mouthpieces are usually rectangular, slim and have a couple of airholes at the mouth. This is again because of the fact that not nearly as much vapor travels through them per hit.

Lastly, there’s the replaceability factor. With box mod setups, users tend to choose from a wide array of mouthpieces ranging in color, size, shape and more. This is because different output levels have different effects on one’s vaping experience, and they need to choose a mouthpiece that accommodates their unique settings.

With pod systems, the output level range is very small. So, the user doesn’t really need to experiment with too many mouthpieces. This is why you won’t find a huge array of pod mod mouthpieces on the market.

They’re Different But Their Purpose Remains the Same

It’s clear that pod mod mouthpieces are extremely different from the ones that come with traditional box mod setups. And, there are good reasons why they’re so different. All that matters, is that each type of setup has a mouthpiece design that perfectly complements that unique style of vaping.