Major Celebrities Getting into CBD 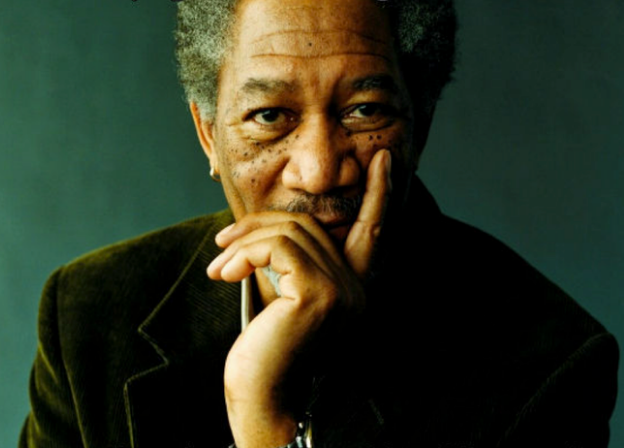 With more and more people becoming devoted to CBD every day, it’s no surprise that some of our favorite stars are also making this hemp product part of their daily regimen. There’s enough research now to show that CBD may be able to help with migraines, anxiety, chronic pain, digestive ailments and more. As much as we think that celebrities live perfect lives, the truth is that they’re just as immune to ailments as we are. And, it turns out that a lot of them are turning to CBD to find relief.

The fact that celebrities are raving about CBD is actually extremely beneficial to the industry. And, it’s fun to know that our favorite celebs are enjoying it just as much as we are.

How Celebrities are Helping the CBD Industry

To say that celebrities impact our society would be an understatement. Our favorite stars are huge driving forces behind our economy, telling us what to buy and what not to waste our money on. So, if one of the top stars says that CBD is helping them manage their back pain, there’s a good chance that their fans are going to feel compelled to run out and buy a big bottle of CBD to see for themselves the potential benefits that the hemp plant has to offer.

This is why celebrity endorsement means so much to the CBD industry. The CBD industry is still fairly new, and it’s under a lot of stress as the FDA is trying to figure out how to regulate it. During this sensitive time, the industry needs advocates in the form of highly influential stars. This helps secure CBD as a legitimate market and ensures that public interest remains high.

More and more stars are coming out and talking to the public about their wonderful experiences with CBD. Some are finding that it helps them manage severe, chronic pain, while others find that it helps them manage the stress that comes with being a huge star. Below, you’ll find just some of the celebrities that have gone out of their way to endorse CBD as a natural health product.

Morgan Freeman is one of the most legendary actors of our time. Throughout the last few decades, he’s taken on some of the most demanding roles in Hollywood history, and as a result, he’s considered a member of Hollywood royalty. Therefore, when Morgan speaks, the public listens.

Many people know that Morgan was involved in an accident a few years back, but few know that he developed fibromyalgia as a result of the physical trauma. Fibromyalgia is a chronic condition that causes a person to experience severe pain, fatigue and mood-related symptoms. Freeman found that using CBD daily helped him manage his symptoms, and now he wants to tell the world about the ways in which it has benefited him.

Jennifer Aniston is a human just like us, despite the fact that she’s an incredibly accomplished star. She has stated that she struggles with anxiety, partly due to her extremely busy schedule. Jennifer has recently come out and said that CBD has helped her manage that anxiety, making it easier for her to fall asleep at night and deal with the stress of such a high-profile career.

Olivia Wilde is another Hollywood actress who has won the hearts of Americans because of her easygoing and laidback personality. Because of how down-to-earth she is, we forget that she’s capable of dealing with a lot of the setbacks that we are. However, Olivia did experience a setback recently while she was working on Broadway. She developed crippling neck pain that began to interfere with her ability to perform. Then, she gave CBD a try, and the rest is history. Olivia largely credits CBD with helping her manage her pain so that it wouldn’t interfere with her high-profile career.

Oliver Stone is a legendary filmmaker who isn’t afraid to tackle extremely harsh subjects. Stone’s willingness to confront such dark subject matter has a lot to do with his time spent in Vietnam during the war. Oliver has been fairly outspoken about his battle with PTSD, which is a condition that many developed during their time overseas. PTSD can be a crippling condition as it causes severe anxiety, trouble with sleep, flashbacks and other severe symptoms.

Stone has recently begun using CBD as a way to manage his PTSD symptoms. Since he started taking hemp daily, he’s found that his anxiety symptoms are much more manageable. And, because of the success that he’s had with it, he’s happy to talk about its benefits with anyone who is willing to listen.

Love her or hate her, Kim Kardashian is one of the most influential celebrities of our generation. When she’s spotted holding a new handbag, that handbag is likely to sell out within a few hours. That’s why her endorsement of CBD has been so helpful to the industry.

Kim has been quite outspoken about her love for CBD. For one thing, she swears by topical salves to soothe her aching muscles, especially her feet. And, she claims that she takes CBD on an as-needed basis when the stress of living a high-profile life gets a little too intense.

Seth Rogen has become a major CBD advocate, particularly when it comes to its potential in the field of Alzheimer’s. Seth has pushed for more research backing up claims that CBD may help benefit cognition in a way that can prevent or offset Alzheimer’s symptoms. In fact, Seth has been challenging laws regarding CBD so that it can be more accessible to those in need. As an avid user himself, he’s dedicated much of his life to pushing new legislation that could seriously boost the industry like never before, for which we are all very grateful.

Celebrities Aren’t Too Different from Us After All

Just like us, they are prone to problems with pain, stress and other health-related issues. And, just like us, they’re finding that CBD is helping them manage their symptoms. As the industry becomes more and more popular, we expect to hear even more of our favorite A-listers speaking out about this potentially beneficial compound.