Keeping Your Immune System in Working Order with CBD 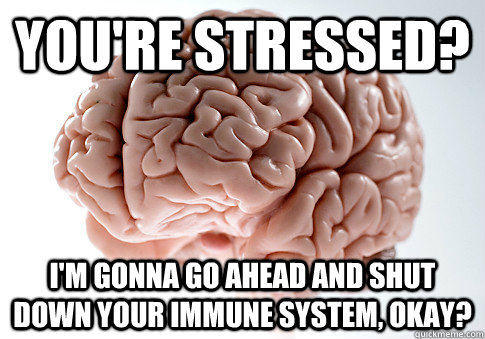 The immune system is one of the most crucial systems in the body, and if it weren’t for the immune system, we would likely die from extremely mild illnesses like colds. The immune system keeps our body safe from foreign invaders like viruses and bacteria, which is why it’s essential that we do everything that we can to make sure that this system is operating at its highest level.

It’s actually very common for our immune systems to be weakened. So many lifestyle factors take their toll on the immune system, making us more susceptible to illnesses. This is why maintaining a healthy lifestyle is so important for our overall health.

However, scientists now believe there’s a shortcut that we can take in order to get our immune systems back on track, and that shortcut is CBD. It seems that this powerful cannabinoid has a unique relationship with the immune system, and that taking the plant compound daily can improve its function tremendously.

The Role of the Immune System

The immune system is a bodily system that is found in every mammal. It consists of organs, tissues and cells that work together to fight off infections and other foreign invaders. It produces leukocytes, which are white blood cells that rush to an area of the body that seems to be injured or invaded by viruses, bacteria, fungi or other disease-causing cells.

When these leukocytes rush to area of the body to defend its host, what’s known as the immune response occurs. This causes the area to become inflamed, meaning that it becomes swollen, red and tender. This explains why, for instance, when a person has the flu, their throat and nose become inflamed and irritated. This is the immune system trying to fight off the virus at its entry point.

Ways in Which the Immune System Can Become Compromised

Now, a healthy individual will have a strong immune system that fights off infections quickly. The problem is that a lot of us have compromised immune systems due to certain lifestyle and dietary factors, as well as genetic factors and illnesses.

Signs of a Weakened Immune System

The most common sign of a weakened immune system, unsurprisingly, is being frequently ill. If you seem to catch colds more often than your friends, you should consider the fact that your immune system isn’t very strong. Other signs include widespread inflammation that can manifest as pain, general fatigue, low mood and poor cognitive function.

Ways in Which a Weakened Immune System is Managed

Typically, a person with a poorly functioning immune system will be asked by their doctor to make some changes in order to improve their health. This may mean adding more nutrition to one’s diet or quitting a drinking habit. There are also certain herbs and vitamins that may be able to improve the function of the immune system.

Now, researchers think that CBD may play a direct role in the management of a healthy immune system. These researchers have found that when CBD is consumed, the body uses it to address any issues that the immune system may have.

These cannabinoids travel to cannabinoid receptors that are found throughout the body, including the immune system. When these receptors receive an adequate number of cannabinoids, that system in the body can improve in terms of its functionality. CBD, as a phytocannabinoid, can feed the endocannabinoid system what it needs in order to do its job.

Five Ways in Which CBD May Improve Your Immune System

Now that you know of the signs of a failing immune system, here are some ways in which CBD could help:

As we said, one major sign of a poorly functioning immune system is frequent illnesses. Maybe you get a cold several times each year while your friends and family only have the sniffles for a couple days. CBD may be able to reduce the frequency of illnesses because of the way in which it works with the body’s immune system. By potentially strengthening the immune system, CBD may be able to reduce the likelihood of catching viruses and bacterial infections.

#2: An Easier Time During Allergy Season

Allergies are directly related to the function of the immune system. Allergens themselves are harmless, but it’s the immune system that mistakenly sees them as threats to the body. So, the immune system goes into overdrive, trying to prevent these allergens from entering the body. This is why so many of us experience the symptoms that we do during allergy season.

CBD has been shown to have the potential to reduce allergy symptoms by helping the immune system develop a more appropriate response to allergens.

CBD seems to have a positive effect on the neuroimmune system that links the function of the immune system to the neurological system. This can allow for better cognitive function, meaning that a person can feel more mentally energized, focused and motivated.

CBD has also been found to have the potential to lower inflammation levels throughout the body by regulating the amount of leukocytes that are utilized by the immune system. This means that CBD may lower pain, swelling and other signs of excessive inflammation levels.

When the immune system is functioning properly, we feel generally better. We sleep better, our mood is better, and our bodies feel better. Taking CBD to help boost your immune system may increase your overall sense of well-being.

Taking CBD for the Immune System

To take CBD in order to boost your immune system, we recommend taking the compound daily. It’s believed that CBD must accumulate in the endocannabinoid system before it can reach the immune system and other parts of the body that require regulation.

There are many different ways to take CBD, including tinctures, edibles, capsules, vape oils and more. It’s up to you which form of CBD you choose. But we do suggest starting with the suggested dosage level. If, after a couple of weeks, you feel that you aren’t getting the results that you were hoping for, you can increase your dose a little at a time. CBD is considered nontoxic, which means that increasing your dose shouldn’t result in any adverse effects unless your body happens to be intolerant to the cannabinoid.

Lastly, if you are working with a doctor to improve your immune system, inform them that you plan on adding CBD to your daily regimen.

CBD Could Be What the Immune System Has Been Looking For

If you wanna ensure that your immune system operates properly in order to keep you in good health, you may want to look into CBD. This natural compound has unique benefits that give it the potential to strengthen the immune system, resulting in lower levels of inflammation and less frequent illnesses. If you’re going to take CBD for your immune system, make sure that you choose a high-quality product that’s pure and potent.