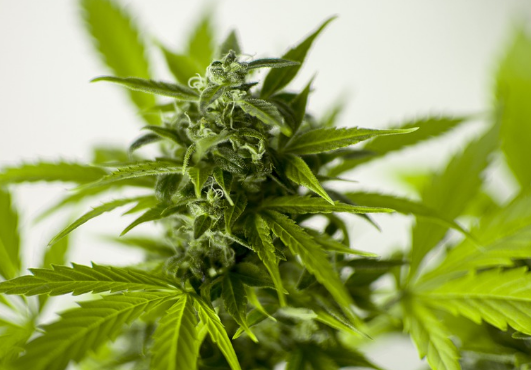 Today, we’re going to be putting the kratom vs. CBD debate to rest by breaking down each one and discussing how effective it may be at treating your symptoms.

Why Are Kratom and CBD So Closely Associated with Each Other?

You may have noticed that in many specialty stores that sell CBD, you’ll also see kratom nearby. These two products are often sold by the same distributors, and it’s primarily because of the fact that they’re both plant-derived substances that are advertised as being capable of helping with certain health problems on a profound level. However, they do not come from the same plant, nor do they affect the body in the same manner.

Here’s what you need to know:

Where Kratom Comes From

Kratom is actually a tree native to Southeast Asia, and the kratom that people consume is the leaves. It’s considered an herb, and it’s sold in many forms, including tablets, syrups, tinctures and more.

Kratom is primarily associated with pain relief, and that’s because users say that it can have opioid-like effects in terms of relieving pain, minus the “high” that comes with taking these kinds of drugs. People also use kratom to withdraw from heroin addiction because of the fact that it feels similar in the body. Some people use kratom as a treatment for anxiety or depression.

The thing about kratom is that it isn’t exactly considered safe. The kratom industry in the United States is unregulated, and the FDA has yet to determine clear guidelines regarding it. So, users must take it at their own risk. There have been reports of overdoses that cause symptoms such as seizures, hallucinations and liver damage. Also, it is believed to be addictive, despite the fact that it’s not advertised as such. It is possible to fatally overdose on kratom.

Kratom is not federally illegal, but many states throughout America have banned it due to safety concerns.

Kratom may be effective at treating pain, mental health conditions and opioid addiction. As of now, research is limited regarding its effectiveness at treating these conditions, so we must rely on anecdotal evidence.

Here’s what you need to know:

Where CBD Comes From

CBD comes from the hemp plant that belongs to the cannabis genus. The female hemp plant is rich in compounds that seem to each have unique benefits that can help the body and mind. CBD is one of the compounds found in the hemp plant, and it’s extracted and turned into a concentrate.

CBD is used for a wide variety of ailments such as anxiety, insomnia, pain, digestive ailments, seizures, concussions, migraines and more.

The Safety of Taking CBD

CBD is widely considered safe to take. In fact, experts agree that it can be taken daily without risk of addiction, and that it can be taken in high doses. CBD is not considered toxic to the body, which is why people who take it do not worry about fatal overdoses. However, of course, everyone’s body is unique, so some people may not respond to it as well as others. The most commonly reported side effect of CBD is sleepiness.

The Legality of CBD

CBD is federally legal as long as it comes from the hemp plant and contains no more than 0.3 percent THC. CBD that comes from the marijuana plant is not legal except in states in which recreational marijuana use has been legalized.

Anecdotal evidence will tell you that CBD is incredibly effective at treating a wide range of common symptoms. Additionally, over the last few years, an enormous amount of clinical research has gone into the CBD industry in order to prove that it can treat a wide variety of ailments. Now, scientists believe that CBD is a lot more than hype.

Which One’s Best for You?

It seems that kratom’s opioid-like effects may provide more immediate and pronounced relief, but it also comes with far more risk. We believe that CBD is much better, because it’s widely considered safe and because there is more research to back up its claims of being highly effective at helping with everything from anxiety to severe pain. CBD is also more accessible, which means that users can choose from a wider range of application methods, formulas and strengths, allowing them to customize their experience. Additionally, the medical industry is more open to treating patients using CBD than kratom, as the medical community largely does not endorse kratom use.

The Endocannabinoid System Makes All the Difference

This also explains why CBD is widely considered safe. The body is supposed to naturally produce its own cannabinoids in abundance, so taking CBD is essentially replacing what the body is supposed to be producing on its own. Further, it seems that the endocannabinoid system is capable of storing cannabinoids that it doesn’t need for later use, which means that CBD can accumulate in the body without seemingly leading to addiction. This is why people can, according to medical researchers, safely take large doses of CBD.

CBD is Still the Better Option

While kratom continues to be a popular product, primarily for pain relief, we believe that there still isn’t enough research to prove that it’s safe, effective and non-addictive. Meanwhile, CBD has been heavily researched for its safety and its potential ability to help with a wide range of common ailments. Because CBD has been found to be more likely to be effective and safe, and because of the fact that so many experts believe that it’s non-addictive, we personally recommend that you choose CBD over kratom in an effort to find relief from your symptoms.