Having a “Popping Atomizer” Has Become Rare to Experience 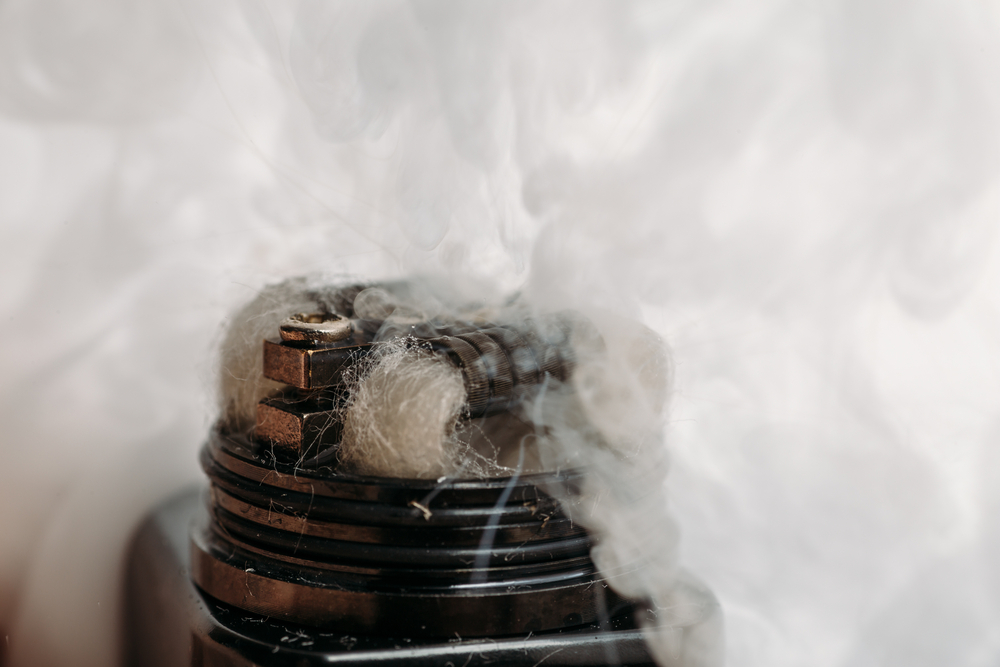 If you have been vaping for at least a few years, then you’re probably familiar with the concept of popping atomizers. This is a term used to describe those seemingly random times when an atomizer starts making a popping noise when you’re pulling on the mouthpiece and is usually accompanied by spitting. It is generally caused by a flooded coil most frequently, but the good news is that it’s happening less and less nowadays as vaping has advanced a lot over the last several years.

Those who are experienced vapers likely have noticed that this occurrence just isn’t all that common nowadays, with great relief. It’s not a fluke, if you’ve been wondering. We will be discussing why it is slowly becoming an obsolete issue.

What Causes Those Atomizers to Pop?

The most common culprit behind a popping atomizer is a flooded coil, as we said earlier. But what does that mean? Well, a coil is designed to hold a specific amount of e-liquid in its wick, which is what is vaporized by the coil’s heat. A flooded coil contains far too much e-liquid for its wick to handle, due to a number of unique circumstances. Thus, the popping occurs. There are other reasons associated with this problem as well, including a cheaply made coil, poor airflow throughout the tank, or even using the wrong coil for your output settings.

Most people will recall that popping atomizers were something of a common occurrence, at least up until a couple of years ago. It was dismissed as an inevitable aspect of operating a vaporizer device. But now they happen more rarely, and that mainly has to do with the construction of vaping hardware, which has become more advanced over the years.

Vaping companies listened to vapers complaining about the popping and addressed these concerns in a variety of ways. Now, let’s go over the specific steps that hardware manufacturers have taken to improve upon this issue for a more consistent vape.

When it comes to coils and tanks operating properly, airflow must be carefully considered. This refers to the flow of air that runs through the hardware that allows the vapor to maintain its smooth, effortless feeling as it’s pulled into the lungs. If there is too much airflow in the coil, then the coil will likely flood as a result of gravity pulling the e-liquid into the coil in large quantities. With too little airflow, you can be firing your device but no vapor will be produced.

The wick of the coil, which holds the e-liquid, is what can get flooded. So, companies have made sure to use more advanced, reliable wicking materials to ensure that they can handle more e-liquid at a time. We know that a lot of wicks are now made from high-end cotton materials, and these have more absorbability which translates to less likelihood of flooding.

Overall, we’re seeing that today’s tanks are just made better than they used to be. They have more adjustable features that allow the user to make tweaks to improve airflow and e-juice absorption, and we are seeing that the materials from which the tanks are built are more resilient, which means that they are less likely to cause these types of once common issues.

The Wires are Tighter

A more overlooked improvement relates to the wires of the coil, which the average vaper rarely pays that much attention to. The tighter the twist of the wire, the less air and liquid can make its way into the coil. Coil brands now use tighter wires to prevent the coils from flooding.

Another improvement is the drip tip, which is like a chimney for the vapor. Companies now use wider drip tips overall, which allows for better airflow that directly prevents popping from happening.

More of today’s coils are made with mesh material, which improves the overall performance of the coil to prevent popping by offering a more even form of heat throughout. This ensures that as much e-liquid in the wick as possible is vaporized quickly, reducing the risk of flooding.

There is a reason why those atomizers don’t pop as much as they used to, and it’s the result of engineering advancements in the vaping hardware industry. Between improved airflow, better construction, better wicking materials and drip tip alterations, vapers can enjoy longer sessions without that annoying popping, spitting, and gurgling getting in the way. This is just one example of vaping companies going above and beyond to produce reliable, consistent hardware.