Getting that Energy Boost with CBD by Your Side 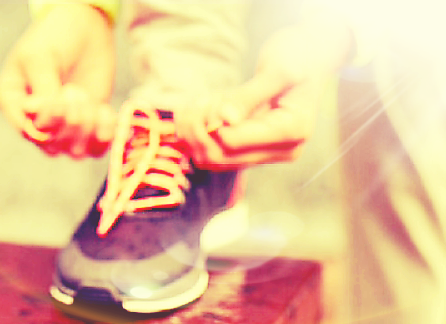 Have you been feeling a little lethargic lately? Maybe you’ve been dealing with a lot of stress, or maybe you have a medical condition that makes you feel fatigued. As you probably know, there are a lot of energy boosters on the market, but most of them come with a host of unwanted side effects.

For those looking to boost their energy levels in a relatively safe and perfectly natural way, you might wanna consider investing in some high-quality CBD. This incredible plant-derived compound has been found to give people the ability to experience a gentle boost of energy when they need it the most. And, it can be taken daily and in relatively large doses without serious consequences, given your body responds to it well.

We all know that CBD is able to help people fall asleep, which is why we understand if you’re surprised to hear that it can also do the opposite. As you’ll see, it all comes down to the strain of CBD that you purchase as well as how and when you take it.

Why Do People Experience Low Energy?

There are lots of reasons why a person may be feeling fatigued or generally lacking in energy. One reason may be because they’re simply overexerted. In today’s fast-paced society, it’s normal for people to feel tired after a long day of juggling their career, family life and other responsibilities.

However, chronic fatigue usually has an underlying cause. Mood disorders like anxiety and depression can drain the brain of the ability to maintain proper energy levels throughout the day. There are also plenty of physical illnesses that can cause fatigue such as fibromyalgia, arthritis and sickle cell anemia.

If you’re experiencing chronic fatigue, it’s imperative that you see a doctor. Your doctor will run a series of tests so that they can rule out any underlying conditions. Then, they’ll likely suggest certain lifestyle changes in an effort to see if your fatigue is caused by certain unhealthy habits.

Many people, however, choose to boost their energy levels without a doctor’s guidance, which can be extremely dangerous. It’s common for people to rely heavily on large amounts of caffeine intake throughout the day. The problem is that consuming lots of caffeine can lead to anxiety, hypertension and heart palpitations while interfering with a person’s ability to sleep at night.

Is CBD Capable of Giving Me an Energy Boost?

As it turns out, CBD has the strong potential to act as a natural stimulant that helps you sustain healthy energy levels throughout the day without feeling jittery or being at risk of crashing later on. This has a lot to do with the fact that CBD acts as a supplement rather than the drug, fixing the underlying problem and giving the body what it needs to heal.

If a person doesn’t produce enough cannabinoids on their own, they have a deficiency. And, now experts believe that more of us have a cannabinoid deficiency than once believed. So, it makes sense that CBD can actually help the body reach homeostasis. Hemp-derived CBD gives the body the cannabinoids that it needs so that the endocannabinoid system can fulfill its extremely important role.

It’s All About the Strain

Now, it’s time to discuss which type of CBD is best if you want to improve your energy levels. Cannabis plants come in two different strains: Indica and sativa. Indica strains are what we use to treat anxiety, sleep disorders and stress. These strains calm the nervous system and slow us down so that we can relax.

One study found that CBD acts as a wake-promoting agent when taken in the form of a sativa strain. That’s because it improves cognition and physical energy so that a person can feel energized yet refreshed.

Another study explained how sativa strains do act as gentle stimulants.

It’s also important to point out the role that mood disorders play in energy levels. Both anxiety and depression can lead to chronic fatigue as both of these disorders throw off the hormonal balance in the brain. These hormonal imbalances can lead to low energy as hormones play a large role in maintaining healthy energy levels throughout the day.

CBD is unique in that it’s capable of helping with both of these conditions. This is because of the way in which the endocannabinoid system balances out the hormones that are secreted in the brain.

If you wanna try it out for yourself, speak to your doctor and invest in a bottle of high-quality CBD. This natural compound just may give you the boost that you so desperately desire.