CBD vs. Other Popular Anxiolytics 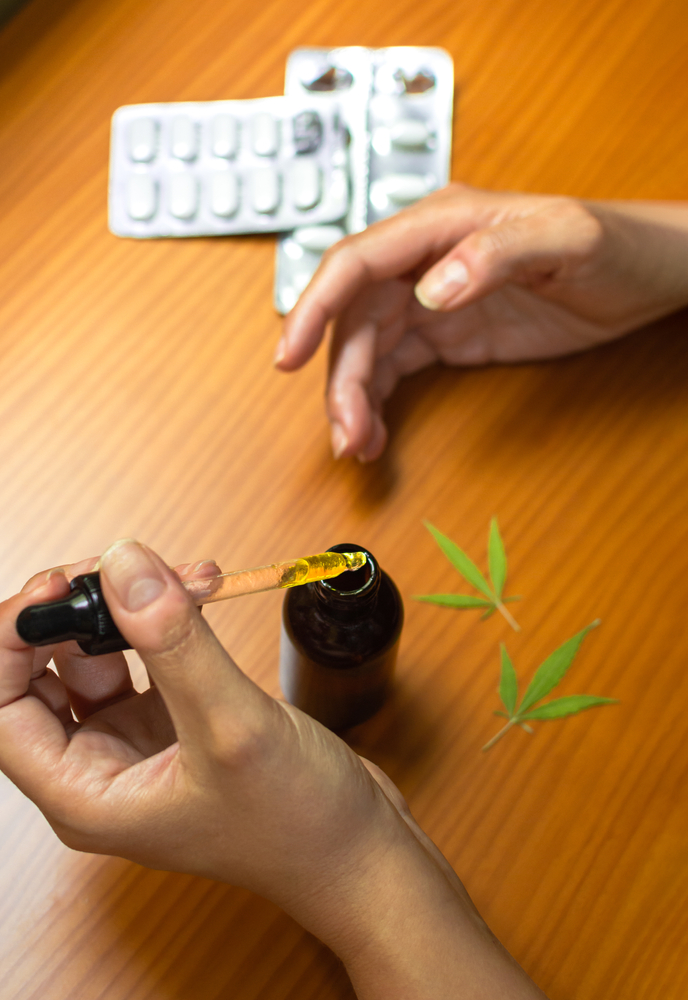 Are you interested in treating your anxiety with cannabidiol (CBD)? Countless people have found that this plant-based compound has what it takes to potentially offer some much-needed bliss in a natural and holistic way. Of course, there are many different methods for treating anxiety. Besides lifestyle and diet changes, there are plenty of drugs and supplements that people can take in order to feel calm throughout the day.

So, how does CBD compare to other popular anxiolytics? Well, before we compare this plant-based compound to other popular anxiety remedies, it's important to understand exactly how CBD interacts with the body. Fascinatingly, CBD's effects on anxiety are unique, causing medical researchers to really look more into this type of compound.

CBD is a cannabinoid that comes from the hemp plant. A member of the cannabis family, the hemp plant is non-psychoactive and rich in nutrients. CBD is highly unique in that it supplies the body with what it needs in order to achieve homeostasis. The body has an endocannabinoid system that regulates the body's many processes. These processes include sleep cycle, internal temperature, mood, pain tolerance, immune function, and function of the nervous system.

The endocannabinoid system uses cannabinoids that the body naturally produces in order to keep the body in generally good health. Problem is that many of us are deficient in cannabinoids due to factors such as chronic stress, environmental toxins, and poor lifestyle habits.

As a natural cannabinoid, CBD feeds the endocannabinoid system what it needs in order to regulate CB1 and CB2 receptors properly.

CBD has been found to help those who suffer from PTSD. It's believed that it treats PTSD by strengthening the neurotransmitters in the brain while lowering cortisol levels. This helps the mind process previous trauma in a much more efficient way.

CBD has also been found to treat social anxiety. In one study, cannabidiol was administered to people who were nervous about speaking in public. This research found that the subjects experienced euphoria after taking it.

CBD is capable of regulating a person's sleep cycle when taken at night because it lowers cortisol while boosting melatonin production. It's common for anxiety sufferers to have difficulty falling asleep at night due to racing thoughts and an overactive nervous system.

How Does Cannabidiol Stack Up Against Other Popular Anxiolytics?

Medications like Xanax, Valium, and Klonopin are often prescribed to those who suffer from anxiety. These drugs are benzodiazepines. This is a class of drugs that shut off specific receptors in the brain, reducing mental activity so that a person can achieve a calm mind.

Of course, these drugs are notorious for being addictive and causing the person to develop a tolerance. Also, it is easy to accidentally overdose on these drugs, especially when they're taken with alcohol.

CBD is a better alternative to benzodiazepines, as it has not been found to negatively interact with other substances. Also, CBD is not considered physically addictive.

Valerian root is an immensely popular anxiolytic that's often taken as an alternative to popular benzodiazepines. While some people find that it's effective, others do not. This plant-based remedy typically needs to be taken for a few weeks before results are noticeable.

However, it can give the user side-effects such as dizziness, nausea, an upset stomach, and an increased heart rate. Also, many users are unaware of the fact that valerian root can be dangerous when taken with other medications.

CBD is considered to be a better alternative to valerian root. For one thing, feeling worse rather than better is rare with CBD. Also, CBD does not generally come with the side effects for which valerian root is known.

Theanine is an amino acid that naturally exists in green tea. Some studies have found that it's effective as an anxiolytic. However, its effectiveness varies greatly from person to person. CBD, generally speaking, is a better option you are trying to treat your anxiety with a natural product.

Ashwagandha is another plant-based supplement that's supposed to help anxiety by supporting the adrenal system. This supplement is particularly popular right now. It acts as an adaptogen, helping the mind and body handle stress.

However, this natural substance is not safe for everyone. It can lower blood sugar levels, irritate the stomach lining, and interfere with thyroid function. CBD, meanwhile, does not do any of these things.

Bacopa is an old Ayurvedic medicine that many find to be helpful for anxiety. However, like ashwagandha, bacopa can interfere with thyroid levels. Therefore, those with certain thyroid issues may end up feeling worse rather than better.

Additionally, bacopa is capable of slowing down a person's heart rate. This can be dangerous if the person has a heart condition. Some reports have found that bacopa can cause intestinal blockages as well. Hence, CBD is not known for these side-effects.

Aromatherapy can be immensely helpful for those who suffer from anxiety. Certain essential oils are capable of slowing down the nervous system when inhaled through the nose. These essential oils include lavender, rosemary, clary sage, and chamomile.

However, aromatherapy's effects on anxiety are very subtle and generally stop once a person is no longer breathing in the essential oil. Meanwhile, cannabidiol has long-lasting effects and is much more potent in anxiolytic properties.

Maca root is a widely popular natural health product because of its potential to treat everything from hormonal imbalance to loss of appetite. One problem with maca root, however, is that its effects vary greatly from person to person. Essentially, some people may find that maca root worsens their anxiety.

CBD is less likely to have a negative effect on a person's anxiety because of how it interacts with the endocannabinoid system in the body.

How to Take CBD for Anxiety

There are different ways/delivery methods to taking CBD, as it accumulates in your system over time. Meaning, you might find that you can lower your dose as time goes on. Also, when taking cannabidiol, its overall effects can last anywhere from 6-8 hours on average.

Please Note:Although, CBD can be taken in large doses and on a daily basis, it is still important that you follow the directions on the packaging (usually on the bottle or box) and also speak to your doctor before taking CBD. That’s because they know your medical history and can go over any current medications you are taking in order to decide if CBD is the right option.