CBD for Those Long Plane Rides 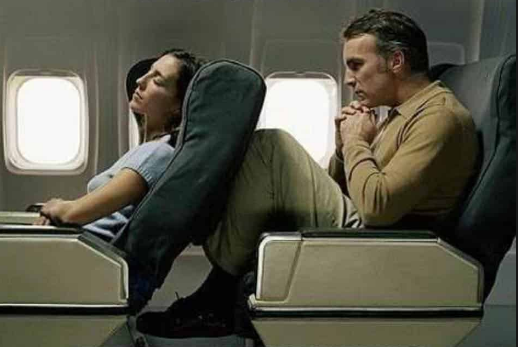 If you’ve ever traveled across multiple time zones, you know the effects of jetlag and the length of time it can take to fully recover. It’s amazing how just a few days spent somewhere far away from home can wreak such havoc on our bodies. Jet lag is one of the most dreaded aspects of traveling, and it can interfere with everything from our sleep cycles to the function of our immune systems.

Many people believe that jet lag is inevitable, and that feeling unwell for days after returning home is unavoidable. Additionally, many people turn to prescription pills to get back on track in time for work and other duties.

However, it’s now believed that there’s a natural, holistic way to manage jetlag, and it’s CBD. This hemp-based compound seems to be capable of regulating the body so that a person may recover quickly after spending time far away.

So, how does CBD work when it comes to treating jet lag? And, what’s the best way to take it in order to feel back to normal quickly? We’ll be explaining all of that, but first, let’s talk about exactly what jetlag is and why it occurs in the first place.

The Basics of Jet Lag

Jetlag occurs when a person crosses multiple time zones in a short period of time, and it primarily affects one’s sleep. As the name implies, it tends to affect those who travel by plane, because it’s this expedited form of travel that throws the body off as time zones change quickly.

Jetlag can occur whenever a person crosses a time zone, but it’s believed that the farther the distance and the longer the amount of time spent in the destination, the more severe and long-lasting the effects will be.

In addition to throwing off one’s sleep, jet lag can cause moodiness, fatigue, brain fog and a briefly weakened immune system. This is because it’s believed that the body is not designed to cross so many time zones in such a short period of time, so in its distress, it becomes weakened in a variety of ways.

Signs That You Have Jet Lag

It’s not uncommon for a person to become ill during travel because of the conditions of airplanes and changes in climate, so it’s understandable that many people struggle to figure out if they’re sick or just experiencing jetlag once they return home. However, there are some easy ways to self-diagnose jet lag. The most common and disruptive symptom of jetlag is disturbed sleep. This occurs because the body has acclimated to the day-and-night cycle of another time zone, and when the person returns home, their body believes that it’s time for bed based on that other time zone.

Other signs are general irritability and fatigue, and simply feeling “off.” Jetlag tends to last for about as many days as you were away, and typically, symptoms become less severe with each passing day. So, if your symptoms are getting worse or are lasting longer than they should, you should see a doctor.

Unfortunately, it’s not believed that jetlag can be avoided, unless, of course, you simply don’t travel.

Remedies for jetlag typically involve correcting one’s sleep schedule, and they require the use of sleep aids, whether they be over-the-counter or prescription. Of course, many sleep aids can be addictive, so it’s crucial that the person only takes as many as needed.

CBD, as it turns out, might be able to give your body what it needs to reset itself after a trip abroad. It seems that CBD is capable of regulating bodily processes and systems thanks to the way in which it works with the endocannabinoid system.

Everyone has an endocannabinoid system, and this system is extremely important as it’s in charge of regulating all of the other systems in the body. To do this, it needs cannabinoids which the body produces on its own, but the problem is that many of us are deficient.

When we’re jetlagged, our bodies are thrown out of whack. CBD may be able to regulate these systems so that our bodies can quickly go back to functioning the way they’re supposed to.

By now, many studies have shown that CBD may be able to regulate a person’s sleep cycle thanks to its ability to help the brain produce proper levels of cortisol, melatonin and other neurotransmitters.

Taking CBD as a Treatment for Jet Lag

To try to treat jetlag with CBD, we recommend starting a daily CBD regimen several days before you leave for your trip. This allows enough CBD to accumulate in the body so that by the time jetlag would hit, the CBD is already working its magic.

It’s very important that you choose your CBD wisely. Seek out a respected company and purchase a product with a strong potency. Take it daily, and always take the suggested dosage level. After a week, you can increase your dose as needed if you feel as though the jetlag is persisting.

The Potential for CBD to Help Jet Lag Suffers is There

Jet lag can be extraordinarily unpleasant as it can disrupt one’s sleep cycle, mood and overall state of being. The good news, however, is that evidence shows that CBD has the strong potential to essentially reset the body, minimizing the effects of this common condition. If you wanna try to beat jet lag using the power of hemp, use this guide the next time you plan on traveling.