A Down to the “Wire” Classic Vaping Materials Battle: Nickel vs. Kanthal 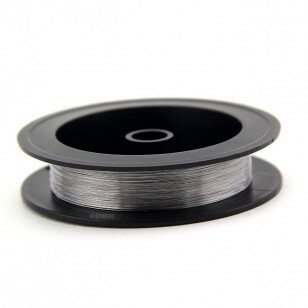 In the realm of rebuildable atomizers there are different wire types that are used by vapers to create their own coil to enable them get the best vape they desire. This resistance wire is used to make the atomizer's heating element. There are so many techniques of making these coils but there are just a few materials that are normally used and the most common of these are the Kanthal and Nickel. There are also a variety of opinions brought forward by a majority of vapers on which is the best among the two and so forth and below is a detailed analysis of the two materials.

Nichrome has a slightly lesser utmost operating temperature compared to that of Kanthal but does not contain iron at all. There are people who say that they are able to taste this difference.

When it comes to the resistance of the wires, the hotter the wire gets then the more the resistance it generates. The resistance is usually affected by the diameter, volume and length. A thinner wire usually has a high resistance than a thick one and the longer it is then the higher the overall resistance it offers. Nichrome 80 has a low resistance per its length when compared to Kanthal meaning that it heats up fast. This makes Nichrome to be a great choice for people who love 'cloud chasing' or sub-ohm builds.

Overall, the Kanthal wire usually has a high maximum operating temperature which guarantees you of its durability and long life on your RDA. Nichrome is fast becoming popular currently due to its fast rate of heating up, easy flexibility and lower cost but this does not make it better than Kanthal. There are some vapers who claim that they feel a more metallic taste in Kanthal than the Nichrome wire. These two wires have their weaknesses and strengths and the best one depends on a personal preference and sensitivity to metals.