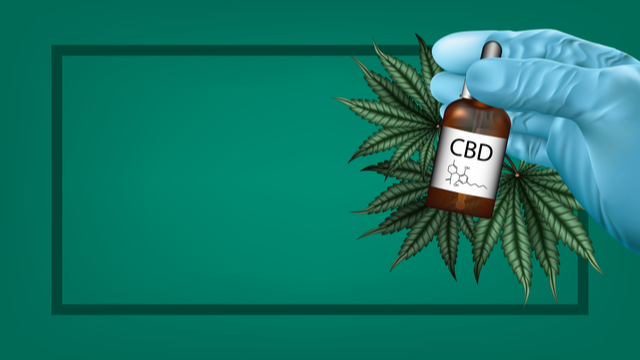 Most of us by now know what cannabidiol (CBD) is and the main product types that are out there. However, there have been several clinical studies that seem to point to the fact that CBD could help with an enormous range of common ailments. Below, you'll find a list of all of the benefits of CBD that seem to live up to the hype.

For centuries, civilizations around the world have been smoking cannabis in order to treat all types of physical pain. In fact, you probably know several people who smoke this herb in an attempt to deal with their own pain levels. Up until recently, many believed that it was cannabis' psychoactive effects that helped the brain forget about pain by altering a person's state of consciousness.

Now that CBD can be extracted from the cannabis plant, we’re seeing more people rave about the pain-relieving abilities of this chemical compound. Because CBD is not psychoactive, we can see that this chemical compound may actually have the potential to treat pain without altering a person's state of mind.

Many would be surprised to learn that our body possesses something called an endocannabinoid system. This system consists of neurotransmitters that travel throughout the nervous system in order to tell the brain when the body is in pain based on inflammation levels throughout the body. Recent studies have found that CBD may be able to reduce pain by interfering with these neurotransmitters and blocking pain receptors in the brain.

In fact, some researchers have been able to isolate what it is within CBD that's capable of blocking these pain receptors. These researchers have found that CBD has analgesic properties thanks to its interaction with a3 glycine receptors. In other words, CBD can stop the brain from receiving the message that the body is in pain.

This same study claims that CBD can suppress the inflammatory response. By testing CBD's pain-relieving abilities on mice, the researchers found that CBD can decrease inflammation throughout the body. Another fascinating discovery was that regular CBD intake doesn't seem to lead to a resistance against its pain-relieving effects.

Another piece of research showed that CBD may be a promising pain reliever thanks to its high levels of analgesic and anti-inflammatory properties. This is especially exciting news as we are becoming more and more aware of the dangerous effects of taking popular pain medications over long periods of time. For instance, opiates have been found to be lethal in high doses as well as highly addictive. Even common anti-inflammatory drugs that are sold at local pharmacies can lead to kidney and liver troubles if taken too frequently. Meanwhile, CBD has no known side effects other than mild drowsiness.

CBD's reputation for reducing anxiety and stress levels is renowned. We all know that many people are regular marijuana users because of the herb's ability to calm the mind. Now that we can isolate CBD and examine its composition, researchers are capable of determining what it is about CBD that has this sedating effect on the nervous system.

In one study, patients who suffered from social anxiety disorder were administered CBD prior to engaging in public speaking. Researchers were amazed by how a single dose of CBD dramatically reduced nervous system activity in the subjects who were tested. The study concluded that CBD may be a highly effective treatment for anxiety disorders of all kinds thanks to its profound effects on the nervous system.

A particular study found that cannabidiol can reduce symptoms of Alzheimer's in a variety of ways. According to the study, Alzheimer's patients were administered small doses of CBD over a long period of time. The study found that their cognitive function improved overall as the result.

Another study found that Alzheimer's patients who were regularly administered CBD experienced less anger and agitation.

Recent studies have shown that CBD can even benefit your heart. For one thing, CBD has been found to potentially treat anxiety. Part of CBD's ability to treat anxiety has to do with its unique effect on cortisol levels.

Cortisol is known as the stress hormone. When a person is experiencing high levels of stress over a long period of time, they are at a higher risk of developing heart disease. Excessive cortisol in the bloodstream can increase blood pressure, triglycerides and heart cholesterol.

Besides its ability to lower cortisol levels, CBD may also drastically reduce blood pressure levels. In one study, healthy subjects were administered a single dose of CBD. The results of the study demonstrated that CBD lowered their blood pressure levels by reducing vasoconstriction. Therefore, the researchers concluded that in addition to its effects on stress which indirectly benefit the heart, CBD is capable of directly improving cardiovascular health in a variety of ways.

More recently, researchers have been uncovering a link between CBD and epilepsy. Amazingly, a study found that CBD reduced the instances and severity of seizures. In fact, these studies have influenced the FDA's incredible decision to approve a CBD-based drug for the first time.

Although just how CBD prevents seizures is still being researched, all that matters is that it seems to be highly effective. Additionally, CBD can be administered to epileptic children without putting them at risk of dangerous side effects..